Who Wants To Be A Millionaire Big Wins 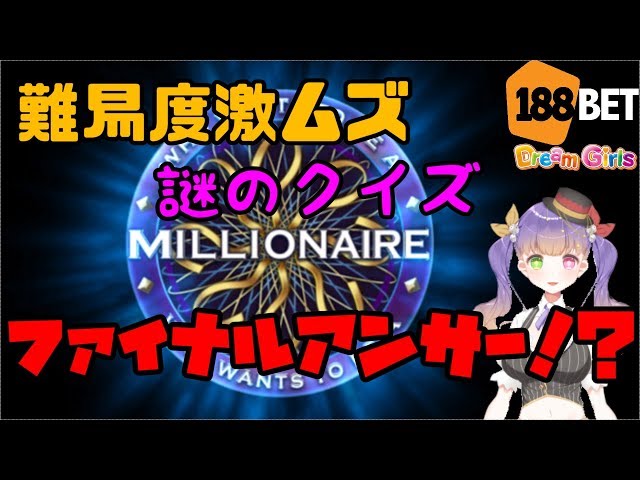 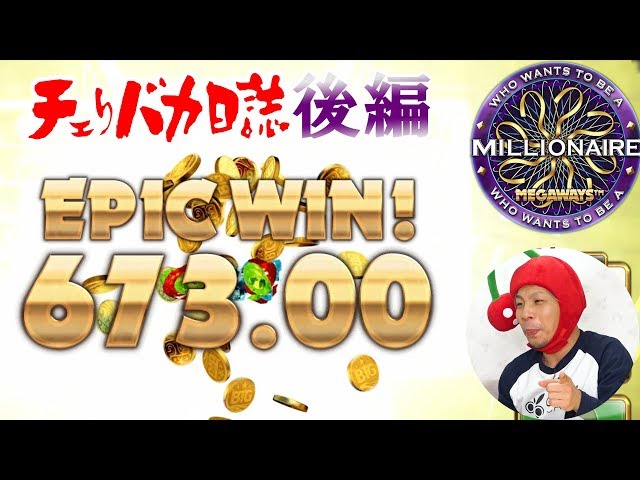 CasinoDaddyWho Wants To Be A MillionaireWho want to be a Millionaire BIG WIN - MAX MEGAWAYS *NEW SLOT* Huge Win from Casino Live StreamNovember 20, 2018

miikapekkaWho Wants To Be A MillionaireBIG WIN ON WHO WANTS TO BE A MILLIONAIRE MEGAWAYS - BIG TIME GAMINGNovember 15, 2018 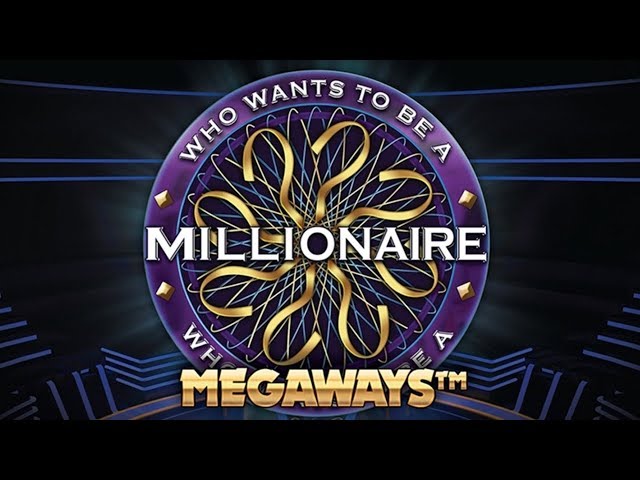 Who wants to be a millionaire is a slot machine made by Big Time Gaming that takes you on an adventure that's a mix between a slot and the tv show with the same name. It's equipped with megaways, a special feature in slots from BTG that gives you plenty of chances to cash in big wins. If you like the tv show Who wants to be a millionaire you'll definitely like this slot, but even if you never watched the tv show you'll probably love this game. We've taken it for a test drive to be able tell you all about it in this review. Come along to find out everything there is to know about the game.

The theme of Who wants to be a millionaire is the tv show with the same name, a famous competition where your knowledge will be put to test. All the sounds are taken from the show so if you've watched it before you'll definitely feel at home while playing. The graphics are great, the background is the tv studio where they host the tv show and the symbols are gems and card symbols from 9 to A.

This slot game is not built like any slot you'll find online, it's quite a bit different. There's six reels but no set amount of rows, but highest seven symbols can show up on a reel. There's an extra reel under the other reels that moves horisontally instead of vertically to help you get big wins even easier. There's no paylines in Who wants to be a millionaire, instead it's gotten BTG's megaways that gives up to 117 649 ways-to-win. Just match symbols on the reels from left to right to get a win, the more symbols the bigger the win! Then what about the betting possibilities in the game? You just choose your stake, the lowest bet per spin is 20 cent and the highest bet per spin is 10 dollars. The possibilities of winning big is huge in this game, particularly for those of you who are patient. The game's gotten an RTP of 96.27 % an a high volatility, which means big wins comes but you'll need to wait a bit to see them.

The what about bonus features? There are plenty of them in this game. For starters there is reactions which means that winning symbols will disappear and be replaced by new symbols to be able to create consecutive wins on one spin. The extra reel is also kind of a bonus which adds a row of symbol on reel 2, 3, 4 and 5. There's also a wild symbol in Who wants to be a millionaire, but it only shows on the extra reels. The wilds substitutes for every other symbol except for the scatter symbol, as in most slot machines on the internet.

The scatter symbol can show on the six standard reels and you need at least three of them to activate eight free spins and the Hot Seat Free Spins Gamble. Every additional scatter other than the three will move you up a level in the hot seat prize ladder. When you activate this you have a chance to walk away with your eight free spins without gambling them. However if you choose to gamble you can win as many as 50 free spins. There are 12 rungs on the ladder and number 2 and 7 are safety rungs, which guarantees you 10 or 20 free spins. To move up the ladder you need to choose an answer and press final answer, you also have lifelines that you can use for it to be easier for you. As you can see it's exactly like in the tv show which makes the slot even more great to play. Last but not least there's an unlimited multiplier during the free spins, the multiplier starts at one and adds one every time there's a reaction. That's giving you the chance to get some big wins coming your way.

Who wants to be a millionaire is definitely an exciting slot machine and we really enjoyed playing it. With it's bonus features taken from the tv show and the chance to get as many as 50 free spins it's definitely one of our favorite games on the market. We recommend for you to try it out right away!

Where can i play Who Wants To Be A Millionaire?

You can play the big win slot game Who Wants To Be A Millionaire at our exclusive big win casino Weltbet. Weltbet also offers a ton of other big win slot machine and offers a very good casino experience overall!

Who Wants To Be A Millionaire

Who wants to be a millionaire is a slot machine made by Big Time Gaming that takes you on an adventure that's a mix between a slot and the tv show with the same name. It's equipped with megaways, a special feature in slots from BTG that gives you ple...

Other slots from Big Time Gaming