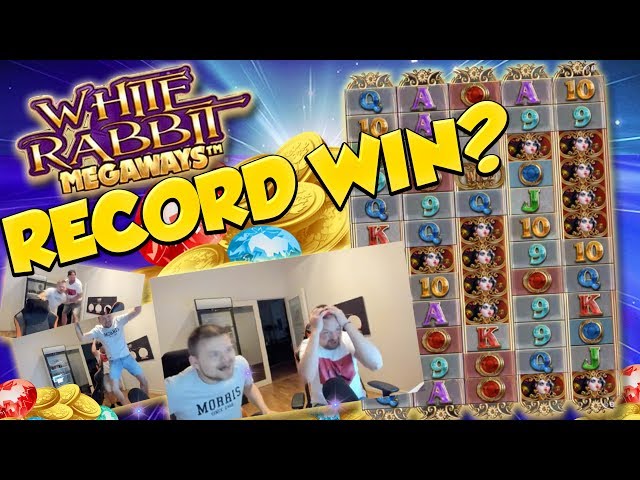 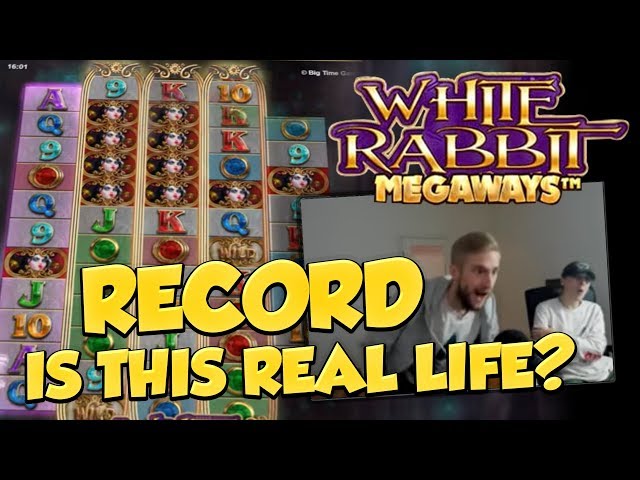 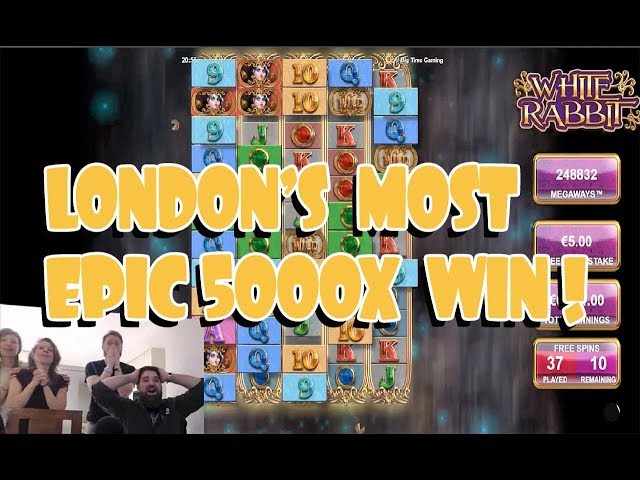 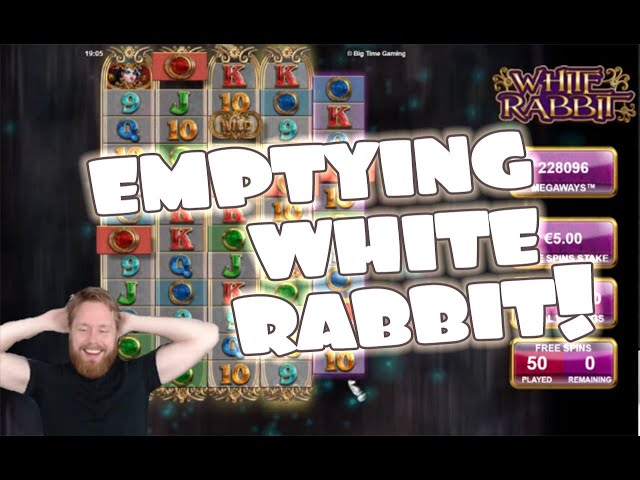 White Rabbit is a slot machine created by Big Time Gaming which has some nice features to offer its players. It has an Alice in Wonderland-theme but no Alice, instead you'll meet the white rabbit, the caterpillar and the red queen. It's a magical slot that gives a wonderful gaming experience to anyone who spins the reels. As it's a slot from Big Time Gaming it's equipped with megaways that gives you plenty of ways to win. It's also ready to give you some big wins with it's really high volatility. We tried the game out for us to be able to tell you all about it!

The theme of the slot is taken from the fairytale of Alice in Wonderland, however you're the one who fell down the rabbit hole this time. The graphics are wonderful and well-detailed, both the background and the symbols shows good quality. Of course there are great animations and sound effects as well, which makes the gaming experience even better. The background sounds consists of birds singing and other natural sounds. It adds to the fairytale theme of the game and it makes the game perfect when you want to chill out after a long stressful day.

When it comes to the technical details we can start with telling you that White Rabbit has gotten five reels and up to 7 symbols on every reel. However during the free spins game a reel can have as many as 12 symbols. During the standard game there's up to 16 807 ways to win, and during the free games there's 248 832 ways to win, imagine how easy it'll be to cash in big wins during this feature. When it comes to how much you can bet while playing White Rabbit the lowest bet per game is 0,10 dollars and the highest amount that you can bet is 20 dollars. It's a pretty low highest stake but Big Time Gaming doesn't use to offer very high bet limits and you still have the chance to win big while playing. Then what about the winning possibilities? The Return to Player of White Rabbit is 97,24 % which is really high compared to most slot machines online. The volatility of the game's very high, so if you're patient enough you'll get some big wins rolling into your account when you least expect it.

Big Time Gaming are known for having many bonus features in their games, and White Rabbit is definitely not an exception. There's a wild that can show up on reels 2, 3, 4 and 5 to substitute for other symbols. However it doesn't substitute for the scatter symbol, the cup cake symbol and feature drop symbols. To get to the free spins you need to land three scatter symbols, which is the white rabbit. You'll get 15 free spins when landing them and the feature cant be re-triggered. The scatter symbol only appears on reel 2, 3 and 4. During the free spins there's a feature called extended reels activated which increased the ways to win, this means that up to 12 symbols can show up on a reel. That's thanks to the cupcake symbol, which'll be replaced by two symbols which means the reel extends with one symbol. When a real gets 12 symbols the feature'll be re-triggered and the reel will turn into a queen's reel, which is an enhanced reel with added red queens and wilds. If you don't want to wait for the feature to activate you can buy the feature and the more feature drop symbols you get the cheaper you can activate the feature. Above all this there's a random caterpillar feature where the caterpillar'll show up and add up to four bonus wild symbols. Thos wild symbol increases the involved combinations with two or three and substitutes for other symbols just like the normal wild.

White Rabbit is a slot that we really recommend to you who wish to get some big wins into your bankroll. With the high RTP and volatility you can get some Super big wins at any time, as long as you're a bit patient while playing. The graphics and sounds are great, the bonus features are awesome and you'll have a really good time playing this game. We recommend everyone to try it out right now, who knows when it's your chance to win big!

Where can i play White Rabbit?

White Rabbit is a slot machine created by Big Time Gaming which has some nice features to offer its players. It has an Alice in Wonderland-theme but no Alice, instead you'll meet the white rabbit, the caterpillar and the red queen. It's a magical slo...

Other slots from Big Time Gaming

Who Wants To Be A Millionaire