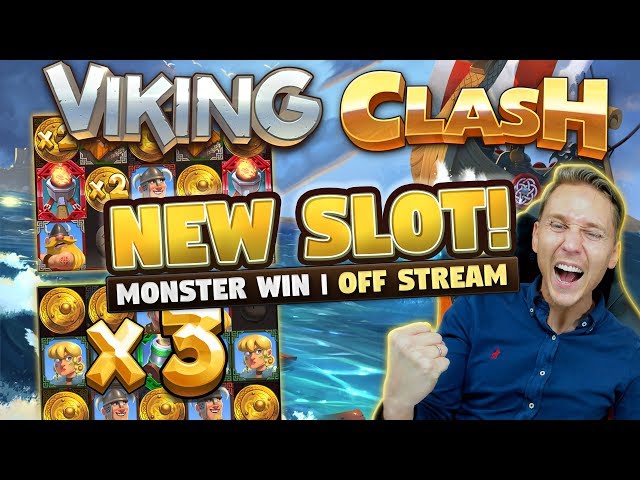 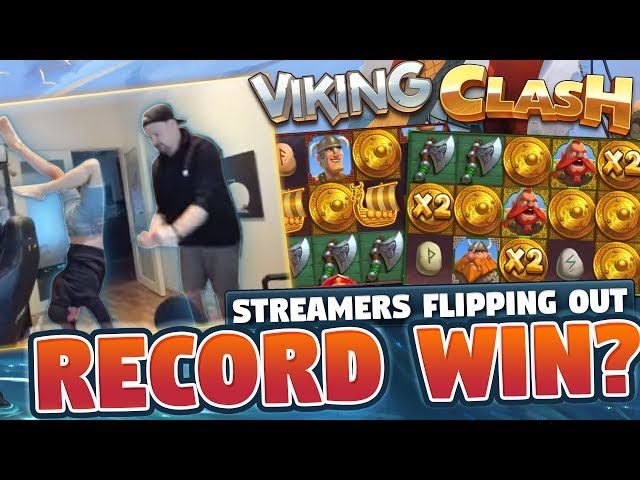 Vikings are a very popular theme when it comes to slot machines and this particular one is an animated version. It will make you feel like you are watching a cartoon with really great graphics. It is Push Gaming that has developed this exciting game. We like how it is unique and of course the possibility to get a big win is among the excitement too! Here on Super big wins you can watch videos of people cashing in some of the highest wins in the game, for you to know exactly how much you can get from playing this game! But first let us tell you more about the game, as we have tried it out to be able to review it for you.

The theme is vikings, as even the name Viking Clash can tell you. In the background you can see the ocean as well as your longship, are you ready to roam on the seven seas? The graphics are great and the slot is very colourful, Of course Push Gaming offers alot of animations, sound effects and background sounds to enhance the gaming experience even more. When you land a win there are sound effects and animations and you can see which payline and how much you won. When it comes to the symbols in the game there are 11 standard symbols, which all has a viking theme. The ones who has the lowest payout are three stones, medium payouts are given by an axe and a hammer. Then there are six different vikings that all pay the highest, the one with red beard and a helmet pays out the most.

When it comes to the technicalities of this game they are totally different than on many other slot machines. Viking Clash consists of two different grids, which has five reels and three rows each. This means that you have double winning opportunities on every single spin. Each grid has 25 paylines that are alw§ays active. Wins are given by matching symbols on a payline beginning on the leftmost reel. So we can say the slot looks different but it works like most other slots. To choose your wager you just have to press the arrow next to total bet and choose an amount that works well with your budget. The lowest amount you can bet in a spin is 25 cents and at the most you can bet 100 dollars in a spin! This makes the game suitful for both highrollers as well as those who like to play low amounts. Then what about the possibilities to get those big wins you are looking for? Well the RTP is a massive 96.6 %, which is promising. When it comes to the volatility it is medium/high, this means that there are good possibility to get the highest wins, but you might need to play many spins before you land one. However there are good possibilities to win big wins for players who are patient.

Last but not least we want to tell you about the bonus features in this game. There are a few that can help you on your way towards winning. There are two different wilds, however they are not present during the standard game. The first bonus feature is the Wild Ship Feature. This feature is triggered randomly after any wins have been paid out. When it is triggered a number of Wild Ship Symbols will appear on the reels, which gives you the chance to win. The other feature in the game is the Viking Battle Free Games feature. On the top grid it is triggered by three or more red catapult scatter symbols, and on the low grid it is triggered by three or more green cannon scatter symbols. If the feature is triggered on the red reel set a number of wild shields will appear on the green reel set, and if it is triggered on the green reel set wilds will be added to the red reel set. Same thing happens with any additional scatters appearing. The wilds can land on top of each other which will give them multipliers as well. Viking Clash is definitely a slot machine with great potential to pay out big wins!

Where can i play Viking Clash?

Vikings are a very popular theme when it comes to slot machines and this particular one is an animated version. It will make you feel like you are watching a cartoon with really great graphics. It is Push Gaming that has developed this exciting game....