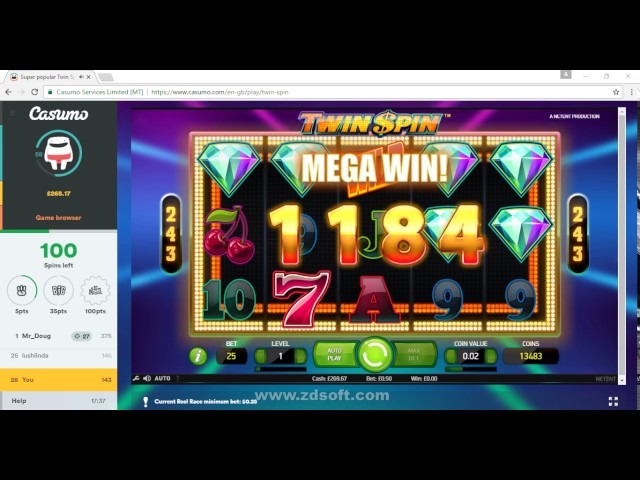 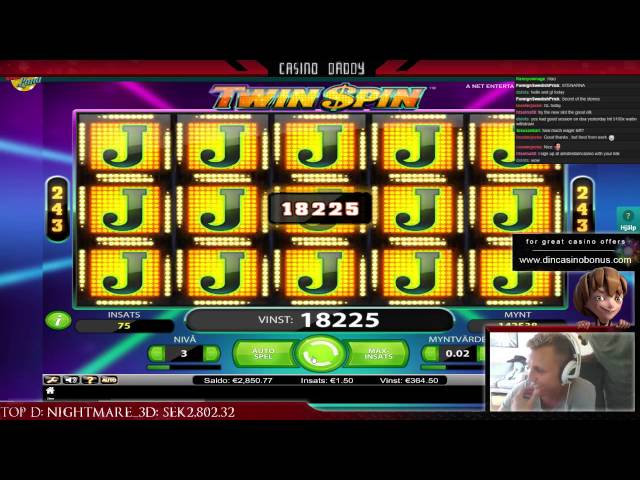 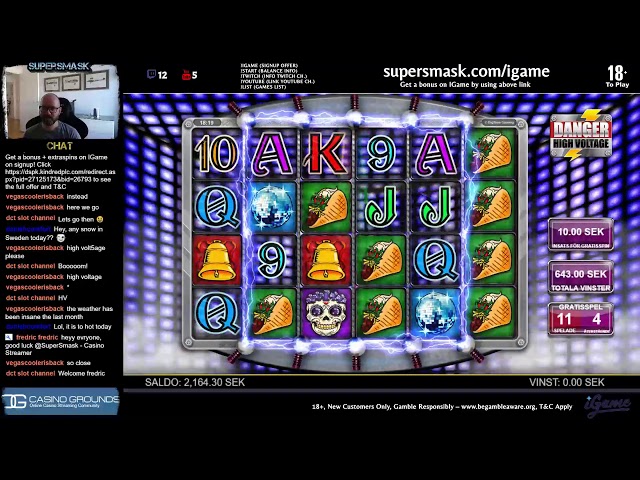 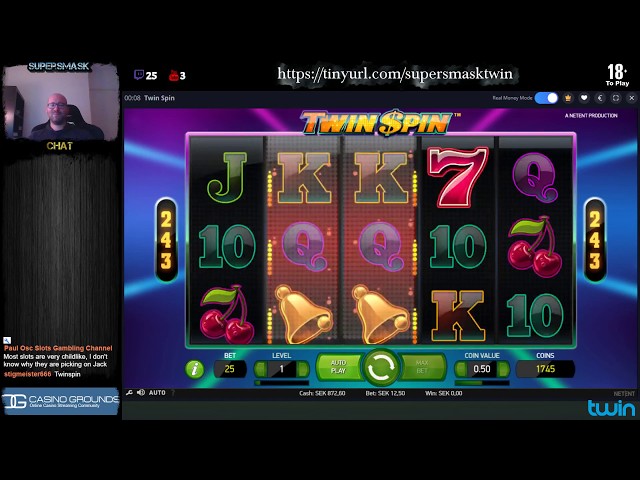 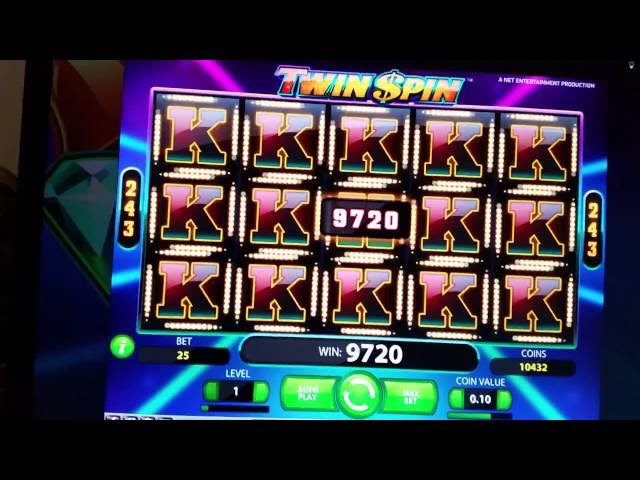 Twin Spin is one of NetEnt's most popular slot machines since it's release in 2013. It's a slot equipped with symbols from the classic slot machines, neon colors and retro, disco music playing in the background. Of course there's features in the game as well, features which might help you cash in some big wins. You can win up to 270 000 coins while playing the game and you'll have a great time while playing as well. We gave Twin Spin a try and we really understand why players all over the world love the slot machine!

The theme of the slot is classical and retro, and it's really great looking with it's neon colors, bright lights. Even your ears will be filled with joy when playing the game due to the disco music in the game. NetEnt is great at creating unique and innovative slot machines and Twin Spin is both unique and innovative. The graphics are amazing as expected by a slot from the swedish game developer. The game is full of animations as well that makes the gaming experience even better.

Twin Spin consists of 5 reels with 3 rows of symbols. There are however no paylines, instead you win by getting matching symbols on the reels adjacent to each other, beginning at the reel furthest to the left. That gives you as many as 243 ways to win while playing the game. When you want to choose how much to bet you need to choose a level between 1 and 10 and a coin value from 0.01 to 0.50. This makes the lowest possible bet 25 cents for a spin and the highest price for one spin is 125 dollars. We guess you're interested in knowing whether you can cash in some big wins in Twin Spin, and we're happy to announce that you can! The volatility is classified as medium/high and the return to player is as high as 96.55 %. The highest possible win in one single spin is 270 000 coins.

Twin Spin has gotten a wild symbol as the only special symbol in the game. It therefore substitutes for every other symbol available in the game. This symbol makes it easier for you to land winning combinations. But it's however the second bonus feature in the game that's the interesting one. It's called the Twin Reel feature and it's definitely a great feature. The twin reel feature makes two of the reels identical on each spin, it can be any of the five reels as long as the two are adjacent to each other. But that's not the best part, the reels can expand and you can get both triplet, quadruplet or quintuplet reels as well! Imagine the kind of wins you can get by this fantastic feature! It doesn't matter that there are no free spins or respins in Twin Spin, there are plenty of ways to get a big win without them!

We think that what attracts players the most to Twin Spin is the fact that it's a very simple slot without being boring at all. The slot has classic symbols such as card symbols from 9 to A, cherries, bells, bars, sevens and diamonds. It makes the slot feel familiar even if it's not at all like a classic slot. When you play on this slot machine you don't need to wait for bonus features to show up, every spin gives you the twin reel feature which is a very fruitful feature. Imagine when you'll see it expand to be qiuntuplet reels and wondering which symbol will show up to give you a big win!

The high volatility shows that big wins are waiting for you on the reels, as long as you're patient enough to wait for them. It doesn't need to cost much to play either as the lowest bet is just 25 cents. However the slot machine is also suitful for highroller with a highest bet of 125 dollars for a spin. No matter how much you bet you still have the same chance of cashing in the 270 000 coins that awaits some lucky players. We believe that Twin Spin is a slot that suits every player that's looking for a Super big win to roll into their account and want to enjoy themselves at the same time!

Where can i play Twin Spin?

Twin Spin is one of NetEnt's most popular slot machines since it's release in 2013. It's a slot equipped with symbols from the classic slot machines, neon colors and retro, disco music playing in the background. Of course there's features in the game...