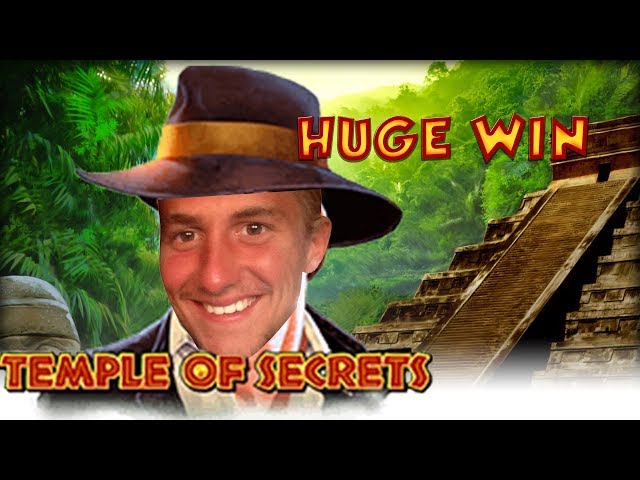 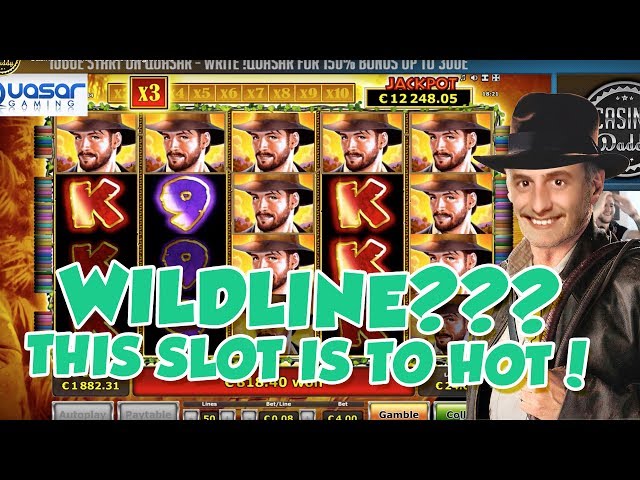 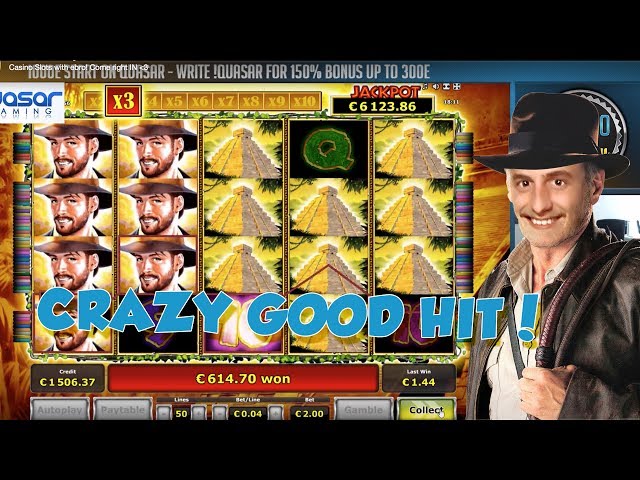 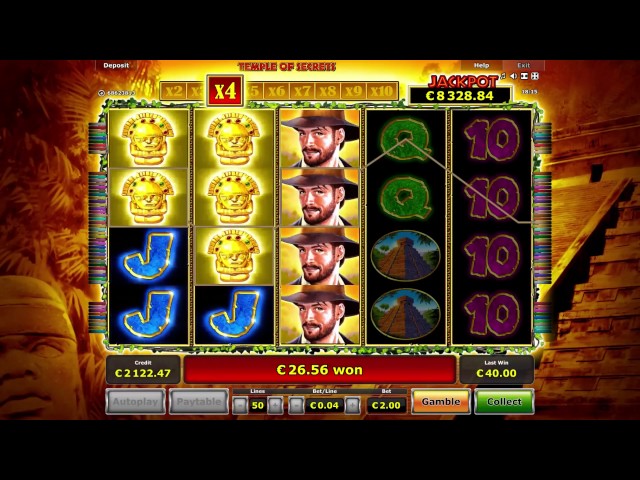 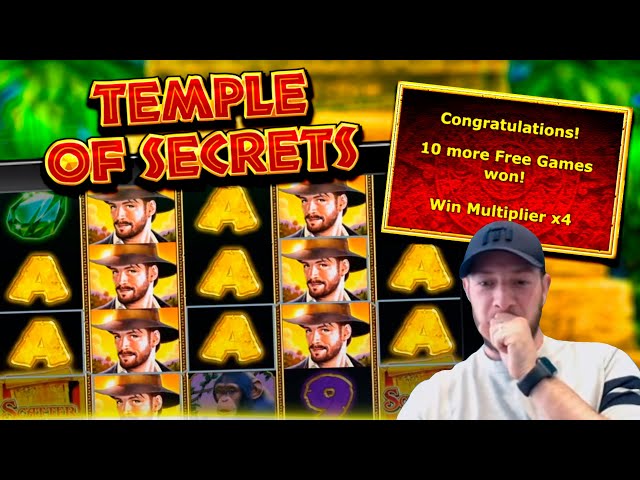 Temple of Secrets is another great slot machine developed by Novomatic. It takes you on an adventure hunting for aztec treasures and there are both nice features and an exciting jackpot to look out for! You can bet both high and low numbers which makes this game available for all kinds of players around the world. We've posted some awesome videos where people win some of the highest winnings ever in this slot machine. Take a look at them and enjoy before trying out the game yourself. We've tried it out as well and we bet you it's an exciting game to play!

The theme is the Aztecs and the game takes place in the jungle. You can see leaves and a part of a temple in the background. The symbols in the game consists of card value symbols from 9 to A as low paying symbols. The other symbols consists of a gem, a golden statue, a temple, a jaguar and a monkey. There's also a scatter symbols which is the treasure map and a wild symbol which is the adventurer that takes you along on his treasure hunt. The symbols are detailed and looks great, as well as the overall graphics in the game. When it comes to the sound effects they have nothing in common with the theme of the game. Instead they sound like they're coming straight from a retro arcade game. This is common among slot machines from Novomatic and it gives the game a unique feeling from other Aztec-themed slots.

When it comes to the slot technicalities in Temple of Secrets we can start by saying that is has gotten five reels and four rows. On the grid there's 50 adjustable bet lines. However we recommend that you keep all the bet lines active for a bigger chance of winning. However if you play with less ective bet lines it's cheaper to spin the reels. You can bet a total of 50 dollars but also 50 cent if that's a better option for you. When it comes to your chances of getting a big win when playing Temple of Secrets there's a RTP of 95.66 % and a volatility that's classified as high. This means that big wins are hidden on the reels, and patient players are more likely to get some of the highest winnings.

This slot machine is equipped with standard bonus features such as wild symbols and free spins. However this slot machine*s gotten an ace up its sleeve, a jackpot! The wild symbol replaces every other symbol, except for the scatter symbol, It's also the wild symbol that can lead you all the way to winning the jackpot. To win the jackpot you need to land a wild symbol on every position of all of the reels at the same time. It might seem impossible, but it isn't. The jackpot has been won a several times actually and you'll never know when it's your lucky day. There's also a scatter symbol which can reward you with free spins. If you land three or more scatters on the reels at the same time you'll activate the free spin round. The free spin round gives you 10 free spins with a win multiplier. This multiplier is the key to the big win that you're looking for. The multiplier adds with one for every one and it can reach between 2x and 10x. The multiplier applies to the jackpot as well, which means you can get the jackpot by 10 if it lands on your last spin during your free spins, as long as you reached x10 multiplier.

Temple of Secrets is a slot machine that's very simple to understand. All you need to do is choose your bet and also to decide how many bet lines you want active when playing. Our advice is that you keep all 50 of them active as that gives you the highest possibility to win. During the free spin round you have the chance to cash in some super big wins thanks to the win multiplier. There's also a nice jackpot to look out for when playing on Temple of Secrets. With its Aztec-theme it's both beautiful and exciting and along with all the features and the beautiful symbols it's really worth a try.

Where can i play Temple of Secrets?

Temple of Secrets is another great slot machine developed by Novomatic. It takes you on an adventure hunting for aztec treasures and there are both nice features and an exciting jackpot to look out for! You can bet both high and low numbers which mak...