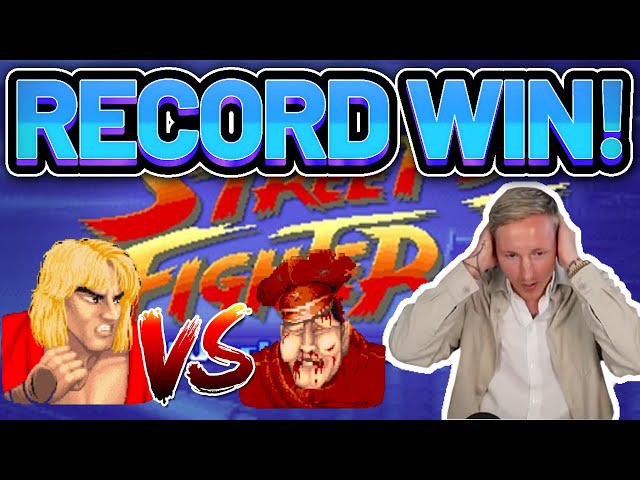 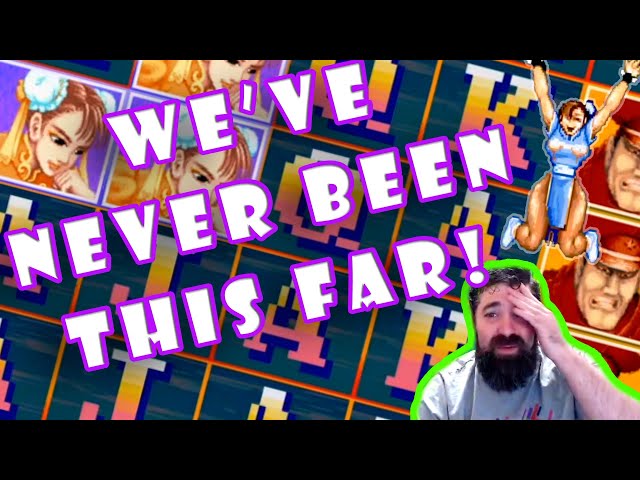 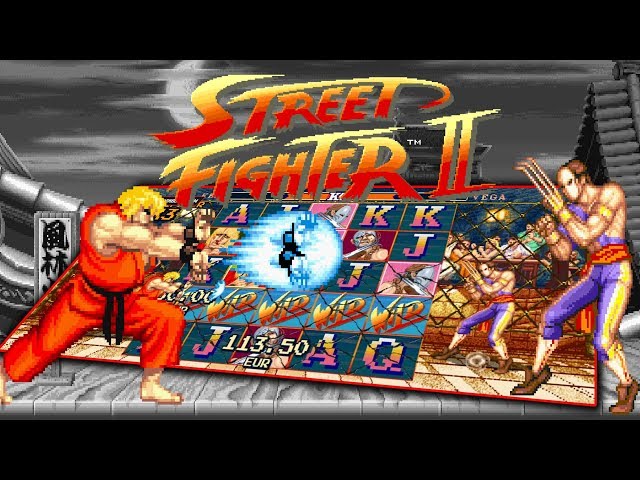 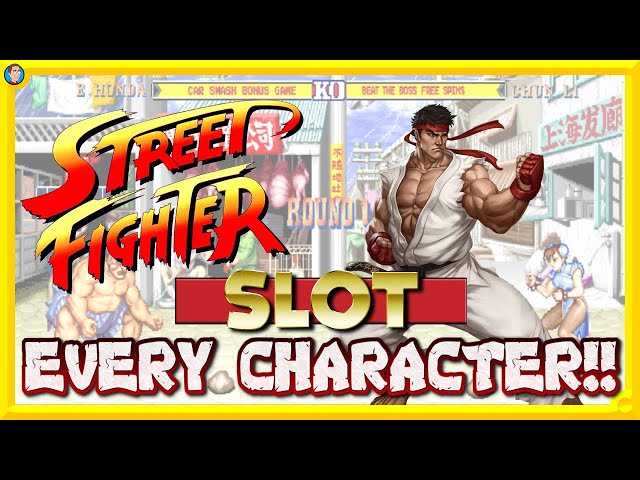 If you love old video games you will definitely love this slot machine. Street Fighter 2 Slot is based on the retro video game with the same name and the slot haven't even been released yet! The arcade game was released as early as in 1991 and now, almost 30 years later, NetEnt chose to make a slot with the game as its theme. No matter if you have played Street Fighter 2 or if you were not even born you will really enjoy this game. It is not the easiest thing to explain everything about a game that we haven't tried yet, but we are going to do our best anyway!

The theme is the retro arcade video game Street Fighter 2 and the graphics are all looking like a retro game. It will really bring you back in time if you ever played the video game when it was released. Street Fighter is considered the greatest fighting game of all time and we are really looking forward to trying it out once it has been released. The background looks exactly like in the game, the music and sound effects are recognized from the game as well and there are great animations where you will see the fighter Ryu amongst others.

The grid has five reels and five rows of symbols and no paylines. Instead you will get paid by landing clusters of symbols. Among the symbols there are standard card value symbols as well as symbols of the fighters in the game. Winning combinations will disappear and be replaced by new symbols in order to give you the chance of winning even more on one spin. We believe this game will have as many betting options as most NetEnt games, which usually varies from very low to very high stakes per spin. The game has a high volatility, which means that there are plenty of big wins just waiting for you on the reels. The Return to Player, RTP, is 96.06 % which is high as well. Just be patient and spin the reels to get one of the highest wins!

Then what about bonus features, are there any and how do they look like? Well there is wild symbols which replaces other symbols for you to land bigger clusters. This game also has some amazing wild features to offer. For every high-value symbol in a winning combination you will get one point. If you collect 7 or more points you will activate the Wild Combo feature, which will randomly place wild symbols on the reels to help you get a bigger win. You will choose between 8 characters and you can also fight a random opponent. In the case were you win the battle you will activate Beat the Boss Free Spins. The free spins feature has 4 different levels and each level comes with a higher multiplier. To move on to the next level you have to beat a boss. For every victory your chance of getting big wins will increase. If you are lucky you will come up against the final boss, M.Bison! There's also an Insert Coin Gambling Feature in case you lose a battle. The character you choose in the beginning will affect the gameplay, so make your choice wisely.

There is also a bonus feature called Car Smash Bonus Game. In this feature you will control your character just like in the arcade game, which will definitely take you back in time. This game really has everything you need for a great time playing. It is also perfect for those of you who play to win big wins! As NetEnt is the developer of this game it will most definitely be a success once it is released. The release date is set to May 21 2020 and we can't wait to try it out! What we have seen so far is totally amazing! Street Fighter 2 will surely attract many players with its gamification features and awesome features. We also love the fact that the winning possibilites are huge! High volatility slots are the best when you want to win big. Get ready for some Super big wins on Street Fighter 2.

Where can i play Street Fighter 2?

If you love old video games you will definitely love this slot machine. Street Fighter 2 Slot is based on the retro video game with the same name and the slot haven't even been released yet! The arcade game was released as early as in 1991 and now, a...