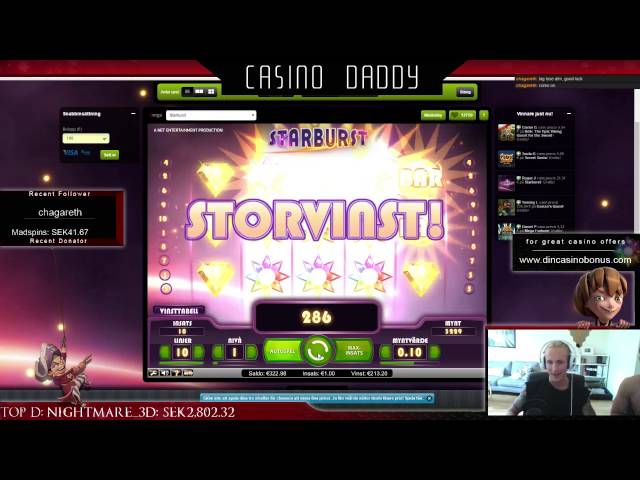 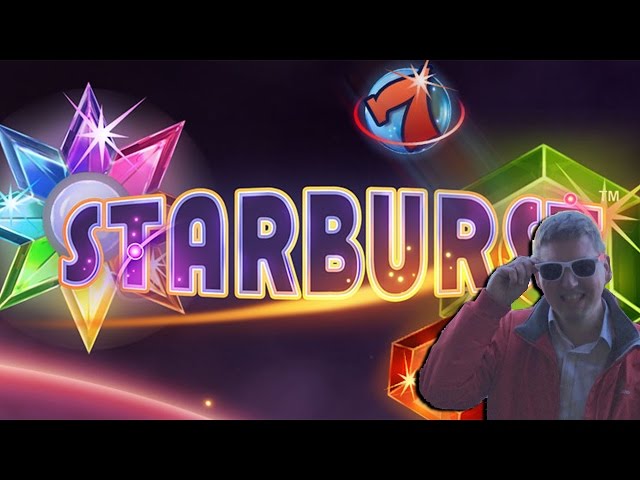 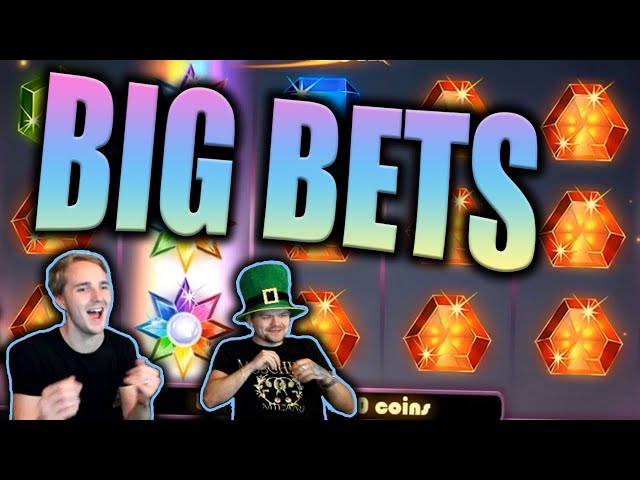 If you've ever been to an online casino then you've probably heard about Starburst, or seen it as one of the most popular games. Starburst was released already in 2012 but it's still a favorite among many casino players. The developer behind the game is NetEnt, the swedish company which creates innovative and high-quality slots. As a matter of fact this specific game is one of the most simple ones in NetEnts portfolio, but obviously simple works with the players. Here on our page you can watch videos of some of the highest winnings ever paid out by the slot machine. There are big wins up to 50 000 coins waiting for you in this game!

The theme of Starburst is space, stars and diamonds. The game takes place in space and you can see stars hovering in the back of the transparent reels. The background music is a melody playing over and over, and of course there are sound effects available as well. We need to mention the animations as well as they're great. The symbols consists of five different jewels in different shapes and colors, for you to be able to easily see whether you win or not. There's also the lucky number 7 and a BAR symbol, for the classical theme of the game. There's also a wild symbol, the star with all the colors of the rainbow.

So what about the technicalities of Starburst? The game is equipped with five reels and three rows of symbols, as many other videoslots on the market today. The betlines are only ten in number, however they work a bit differently than in most other slot machines. By that we mean the win-both-ways feature which means that you can win from matching symbols starting both on the leftmost reel and the rightmost reel, which means double the chances to win. You need to land three or more matching symbols on a betline for you to win. When it comes to the bet levels you need to choose a level between 1 and 10 as well as a coin value between 0,01 and 1,00. This means that the lowest bet possible is 10 cent and the highest possible bet is 100 dollars. This makes the slot machine suitful for all players, no matter their budget. The how about the winning possibilities in Starburst? The Return to Player is 96.09 % and the volatility is set to low. Mostly slots with low volatility doesn't pay big wins, but Starburst has a max win of 50 000 coins which is ready to be handed out to any player that spins the reels.

Then what about the bonus features in Starburst Slot? Well there aren't many bonus features in the game, but there are a few. As we mentioned earlier there's the Starburst Wild and as every other wild symbol it's job is to substitute for other symbols to help create winning combinations. However in this slot the wild symbol has gotten another job as well. The wild symbols can land on reel 2, 3 and 4 in Starburst. If a wild symbol land on one of those reels it will expand to cover the whole reel and then the other reels will re-spin. If another Starburst Wild lands during the re-spin that one will expand too and activate a second re-spin. A third re-spin can be awarded too which guarantees a win and if you're lucky it can be a big one! This is an innovative and interesting bonus features which is the main thing in Starburst. It's also this feature that can reward you with a big win if luck is on your side.

We totally understand how Starburst can be so popular, despite the simplicity of the game. It's loved by many players and many casinos give out free spins on the game. We love the fact that you can bet both high and low in the slot and that the RTP is great. The bonus features with the wild symbols and re-spins makes the game very exciting, you'll sit and wait for a Starburst Wild to show up and reward you with a re-spin. The highest win possible is 50 000 coins, a really nice win for a slot with low volatility.

Where can i play Starburst?

If you've ever been to an online casino then you've probably heard about Starburst, or seen it as one of the most popular games. Starburst was released already in 2012 but it's still a favorite among many casino players. The developer behind the game...