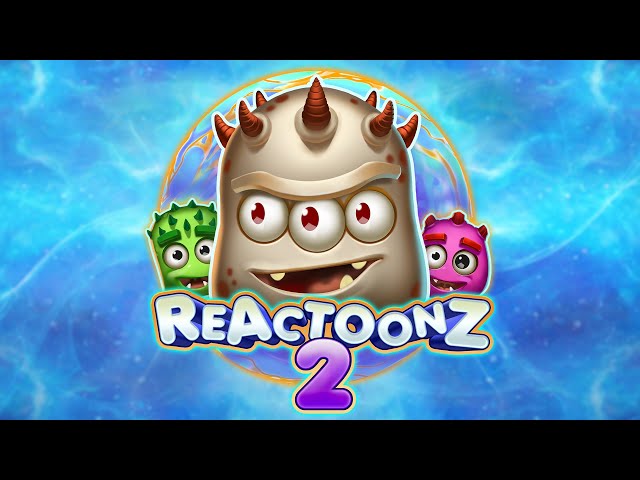 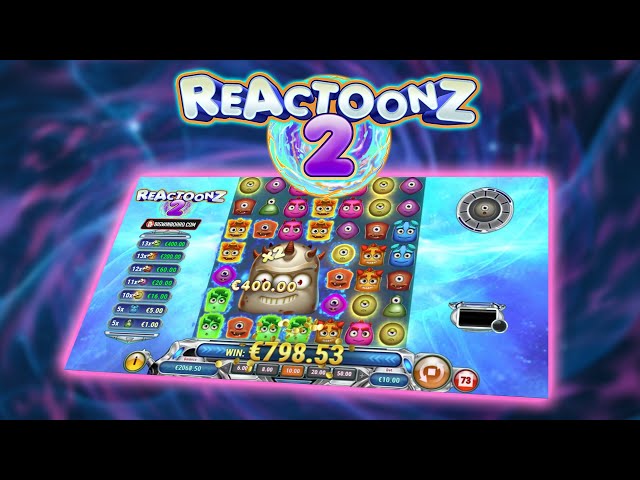 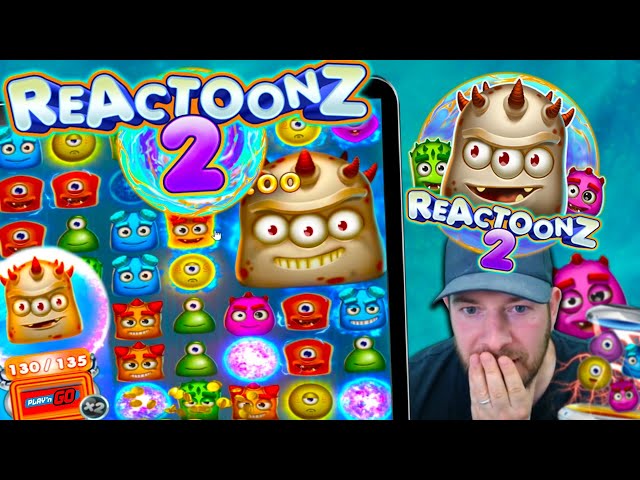 Most of us have watched or played Reactoonz by Play'n Go before, and finally they are about to release its sequel, Reactoonz 2. It is to be released in october 2020 and the expectations are very high! We have tried to dig up all valuable information about the slot machine already, so that you are prepared for what awaits you! In this article we will let you know everything about the possibilities to get big wins, how much you can bet for a spin and the bonus features as well. If you loved Reactoonz slot, then you will definitely love Reactoonz 2 as well. The same googly-eyed goons are back and there are plenty of features to keep you entertained for a long time. At first glance it might seem almost the same as the first one, but this new one is an upgraded version with new features to offer! Read along to find out everything you need to know!

The theme is the same as in the first one, outer space. The grid takes place in the middle of the screen, to the left you can see recent wins and to the right there is two meters that can activate different bonus features. While playing there is background music and sounds, The music is a disco themed tune and all the sound effects and animations are really great. It is no secret that Play'n Go delivers amazing slot machines with plenty of big win opportunities. The slot machine has plenty of colours and amazing graphics to offer the players.

When it comes to the technicalities Reactoonz 2 has a grid containing 7x7 symbols. There is no rolling reels, instead the symbols will fall down from above. Every time a win is paid out the winning symbols disappears in order for new symbols to fall down on the grid. Wins are paid in clusters, you need to land at least five symbols in a cluster to win. The more symbols in the cluster, the bigger the pay-out will be! Then what about the betting options? Is it suitable for both beginners and highrollers? Yes of course Reactoonz 2 offer a wide variety of betting options, from 20 cents and up to 100 dollars for a single spin! This makes the game available to all kinds of players, which is a plus. Then how about the chances of winning a big win? Is there chances of that? Well of course, if not we would not have written about it here would we?! Let us start with the Return to Player (RTP), which is set at 96,20 %. That is a good RTP and along with the high volatility of Reactoonz 2 you can see a lot of big wins if you are lucky enough. The max win is higher than 5,000x, which is pretty good!

Then let us move forward to the bonus features in the game, they are pretty exciting! It is all about winning features which fills in up meters, thanks to the cascade feature. As new symbols come you might manage to fill up a meter, and trigger a nice feature. During every spin one on-eyed symbol will randomly be chosen to be flucuating, and if it is part of a win an electric wild will appear in one of the vacant spaces. They will also fill the Fluctometer, which when it is full will add 1 to 3 electric wilds on the grid. This Fluctometer can actually be recharged more than once during a spin, however it will be disabled if the Gargantoon is released.

The electric wilds will substitute for every pay symbol as well as zap Reactoonz, and the symbols which are removed by an electric wild will help charge the Quantumeter. It can release both Energoons and a Gargantoon, it will continue to charge after an Energoon is released but will be disabled once a Gargantoon is released. The Quantumeter has four different levels available. When a Gargantoon sized 3x3 triggers a cascade it will break into two of the size 2x2, and if those triggers a cascade nine 1x1 gargantoons will replace them. All of this might sound a bit confusing but do not worry, it is not that hard to understand once you have started playing it. It is a modern and amazing slot machine, loaded with Super big wins.

Where can i play Reactoonz 2?

Most of us have watched or played Reactoonz by Play'n GO before, and finally they are about to release its sequel, Reactoonz 2. It is to be released in october 2020 and the expectations are very high! We have tried to dig up all valuable information ...