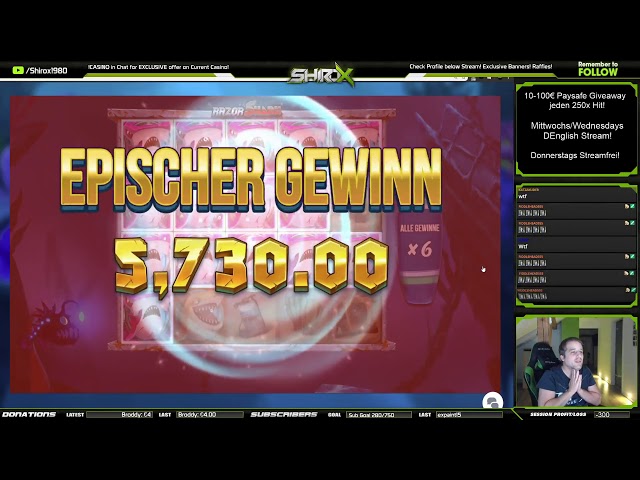 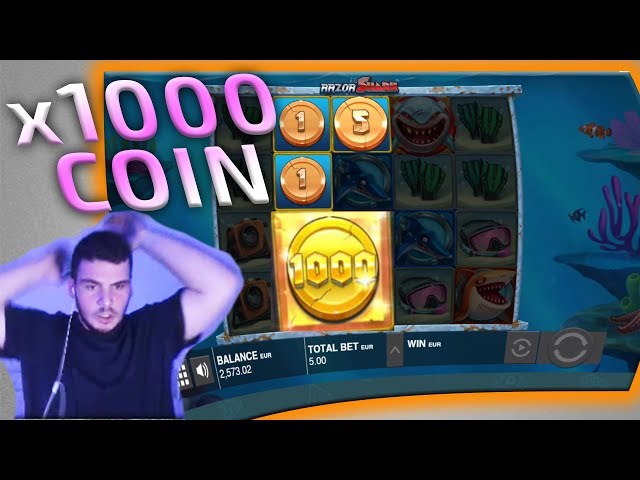 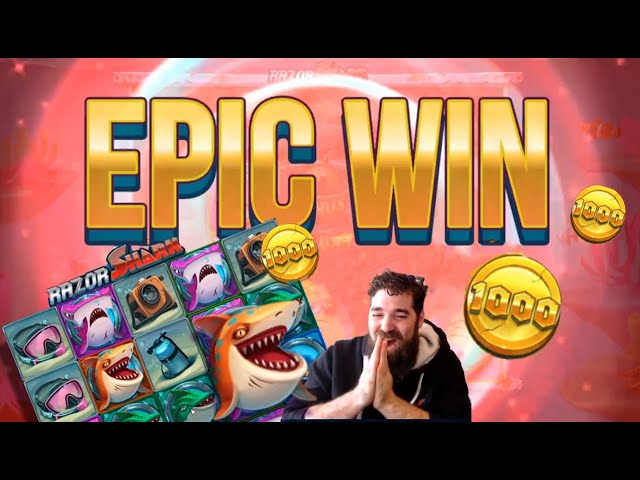 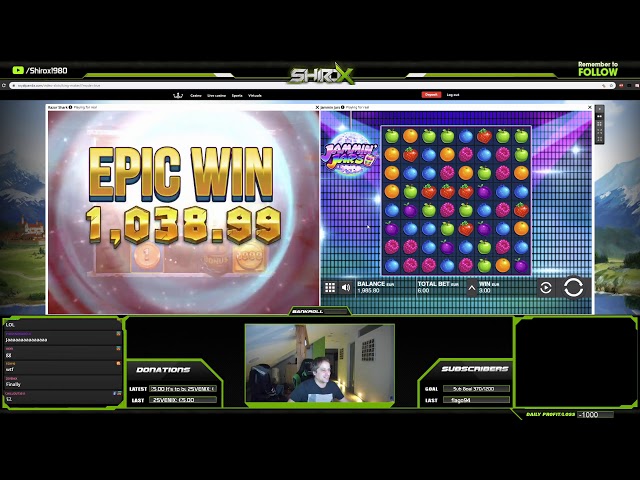 Razor Shark Slot was released by Push Gaming in September 2019 and they have a lot to offer players looking for a big win. As always we try the slots out ourselves to see what they are all about, and we really enjoyed this underwater adventure. It has plenty of bonus features to offer and the gameplay is totally awesome. During our research we dug up information about winning possibilities, theme and so on and we are going to tell you all about it right here! Are you ready to swim with the sharks? Then tag along on our adventure!

The theme is the deep sea, and of course sharks are swimming around there. In the background you can see some fishes and seaweeds that moves a bit. The graphics are great and so is the sound effects and animations. The background music is exciting and makes the gaming experience more fun. When it comes to the symbols in the game they are all part of the theme. Lower paying symbols is an oxygen tube, flippers, swimming goggles and an underwater camera. The symbols that pays out the high wins consists of different sharks. There is a blue one, a green one, a pink one as well as an orange one. The special symbols in the game is a wild symbol, which is a shark as well. The scatter symbol is a sea mine and it triggers the Free Games Feature.

Then what about the slot technicalities? Well the grid consists of 5 reels and 4 rows, the paylines are 20 in number. To get a win you need to land at least 3 matching symbols from left to right on the reels. When it comes to the bet levels available in the game you can choose a total bet from 10 cents per spin to 100 dollars per spin. It makes the game suitable for both highrollers and new players. Then is it easy to win and is there big wins to cash in? Razor Shark has a high Return to Player (RTP), at 96.75 %, which is way above average. The volatility is high as well, which in other words means that patient players might win some super big wins while playing this game! It is definitely a game suitable for anyone who want to win some large amounts of cash.

Then next up is the bonus features, and they are many. For starters there is a Wild Symbol which replaces other symbols to create winning combinations. However it does not replace the scatter symbol. If you land 3 scatter symbols you will trigger the Free Game Feature, additional scatters give you +1 to the feature. Another feature is the Mystery Stacks. It is stacks of 4 symbols which can land anywhere on the reels. When the stack land it triggers the Nudge and Reveal Feature. That makes the mystery stacks open and either reveal paying symbols or golden shark symbols.

When the Mystery Stacks reveals the golden sharks another feature will be triggered; the Razor Reveal Feautre. When it is triggered each symbol of the mystery stack will spin and land either on Bet Multiplier Coins or Scatter Symbols. As we said above three or more scatters will trigger the Free Games Feature, and when they begin reel 2 and 4 will be filled with Mystery Stacks. During the free games a multiplier will be added to all wins. It starts at x1 and each time the Nudge and Reveal feature is triggered the multiplier increases. The free games will continue until there are no more mystery stacks anywhere in view.

Razor Shark is definitely a well-made slot machine with a lot to offer. Push Gaming is behind other popular games such as Jammin Jars, which is also a favorite among slot players. The bonus features might seem complicated when reading about them but actually they are not that hard to get while playing. They all offer fantastic chances to win and the free games can go on for a very long time if you are lucky. We really enjoyed playing this game and we recommend it to anyone who loves slot machines. The high RTP and high volatility definitely gives you opportunities to get some big wins!

Where can i play Razor Shark?

Razor Shark Slot was released by Push Gaming in September 2019 and they have a lot to offer players looking for a big win. As always we try the slots out ourselves to see what they are all about, and we really enjoyed this underwater adventure. It ha...