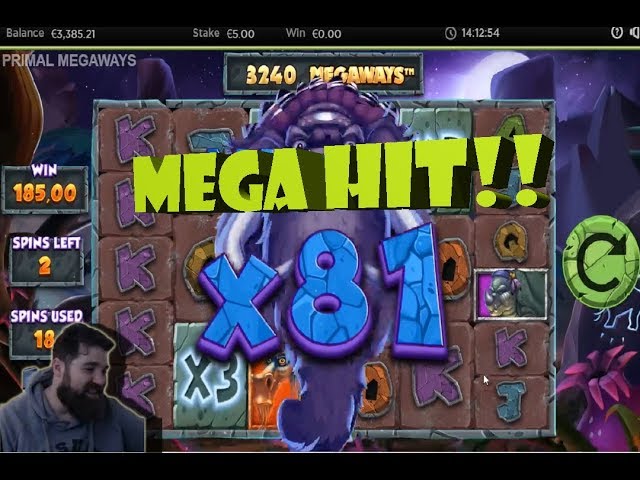 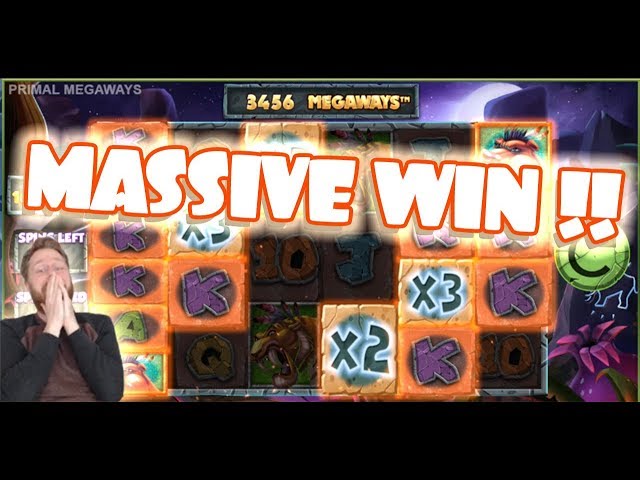 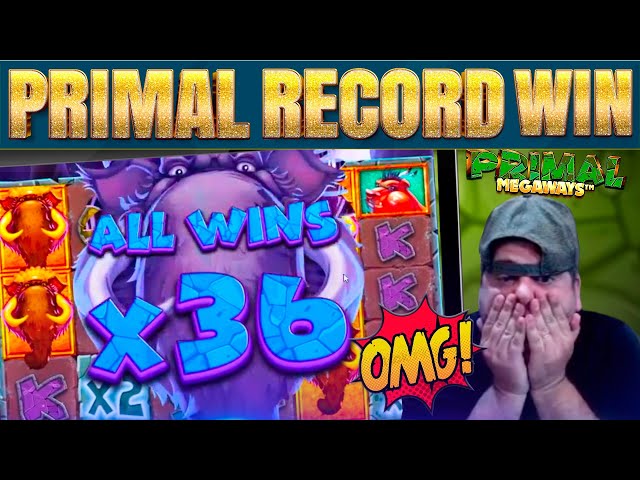 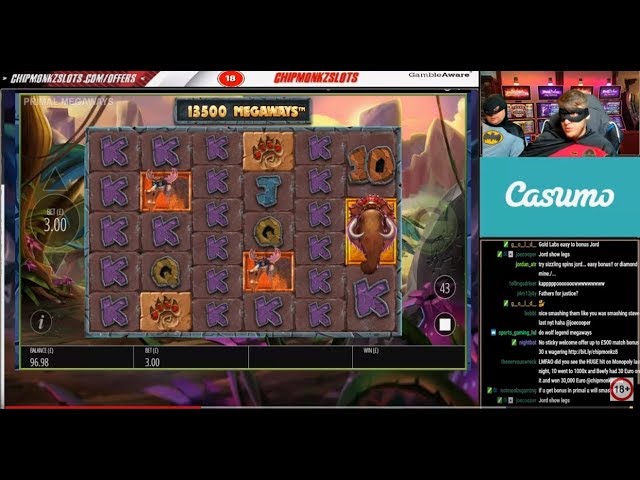 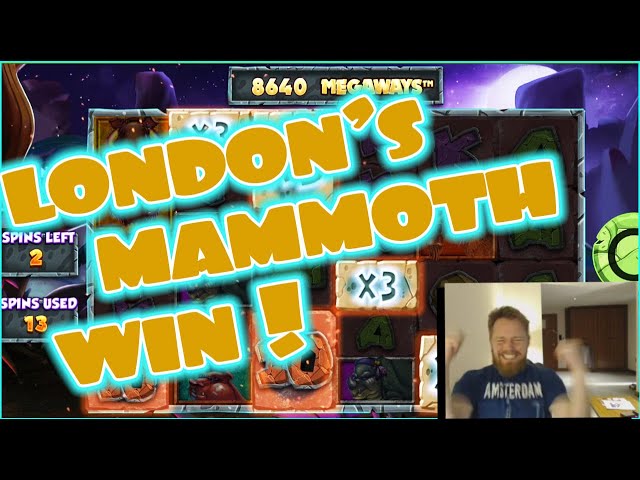 Primal Megaways is a slot machine developed by Blueprint Gaming and it is equipped with the popular Megaways mechanic which gives many opportunities to win. The slot takes you back to when mammoths were walking the earth and the mammoth is the highest paying symbol in the game. The slot was released in November 2018 but is still a very popular game amongst players worldwide. It is also a great game for those who wish to cash in big wins while playing. We have taken the game for a test drive to find out what it's all about and we were truly amazed by its great features! Read on to find out everything about the game.

The theme of the game is historical with mammoths and other animals, as well as stone symbols. The background consists of mountains and trees and there are some animations as well. It has an exiting background music and sound effects as well. The symbols are well made and the lower paying ones are card value symbols ranging from 10 to A. The higher paying symbols are different animals and it is the mammoth who pays the most. There are some special symbols available as well, the wild symbol is a footprint, and there is also a bonus symbol as well as a fire symbol which reveals other symbols on the reels.

Then how about the technicalities in the game? There are six reels with symbols, and the amount of rows varies due to the megaways. There is up to 46.656 ways to win available which gives the opportunity to get plenty of wins. To win you just need to match winning symbols from the left to the right on the reels, starting on the first reel. You need at least three matching symbols for a payout. Then how about the betting options? You can choose to bet between 20 cents and 5 dollars per spin, which means it isn't really a great game for high rollers as the highest bet is pretty low. So how big are the chances of getting a big win while playing Primal MEGAWAYS? The Return to Player (RTP) is 96.76 % which is high and the volatility is high as well. This simply means that you can win high wins as long as you are patient enough to spin the reels for a while. If you are lucky you might get a super big win.

Primal MEGAWAYS has some awesome bonus features which will give you greater chances to get big wins. There is the Wild Symbols, which substitutes for all symbols except for the bonus symbol. The wild appears on reels 2, 3, 4, 5 and 6. The scatter symbol will take you to the free spins feature and you need to land three or more of it on the reels to get free spins. The lowest amount of free games given out is 10, and you can get as many as 30 as well. There is also wild multipliers available, the more scatters you land to start the feature, the higher the multiplier will be. You can land scatters during the free spins as well to get additional free spins as well. There is also a free spins guarantee, which restarts free spins if you do not get a minimum of 10 x your bet. You can also land a mystery symbol, both during free spins and the standard game. It will reveal any symbol except the wild or scatter.

Primal MEGAWAYS gives a lot of exiting gameplay with plenty of chances to get free spins. The free spins feature is where you can land the big wins in this game, and you can also get many free games. That is a great way to spin the reels for free and saving your own hard-earned cash. Here on our page you can see videos of some of the highest payouts in this amazing slot game. In the videos you can also check out the gameplay to see whether it is a slot machine that you would like to play. We really had a good time while playing it and it is absolutely one of our favorite games by Blueprint Gaming.

Where can i play Primal MEGAWAYS?

Primal Megaways is a slot machine developed by Blueprint Gaming and it is equipped with the popular Megaways mechanic which gives many opportunities to win. The slot takes you back to when mammoths were walking the earth and the mammoth is the highes...