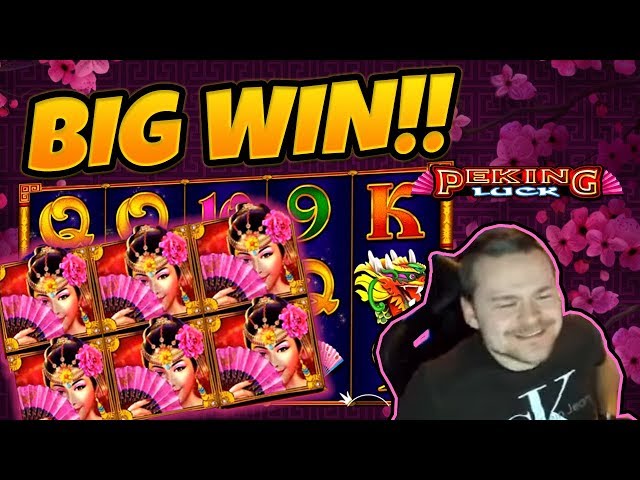 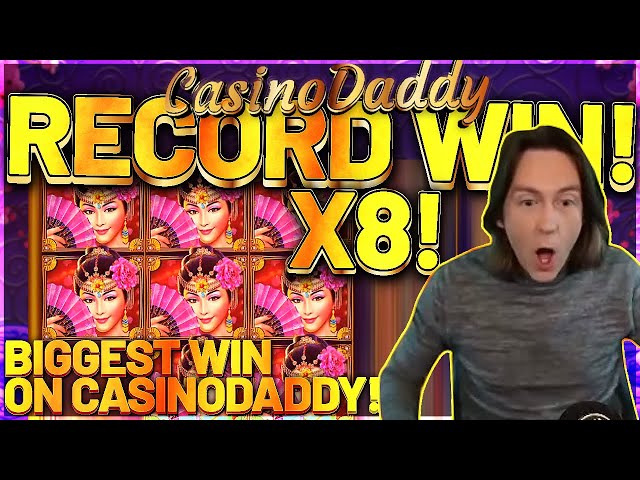 Peking Luck is an interesting slot machine with a chinese theme. It's the developer Pragmatic Play that's created this highly volatile game with plenty of chances to win big wins. We took the slot for a test drive in order to be able to tell you all about it, and we were surely impressed by its beautiful design and amazing features. It's surely one of our favorite slot machines right now, especially as you can win an astonishing 180,000 times your bet. Read on to find out everything about the theme, the features and other interesting factors about Peking Luck.

The theme in this game is Chinese, and actually you're taken to a chinese opera. In the background you can see traditional chinese lanterns swinging in the wind, as well as clouds and an ocean. The music is typically asian and very relaxing without getting annoying. The graphics are good, and along with the music and sound effects they really make a great game. The animations when you get a win is awesome as well, Pragmatic Play has really done a good job while working with this game. When it comes to the symbols in the game you can land the standard symbols with card values on them, in this game they range from 9 to A. The higher paying symbols are all tied to the theme, there's a dragon, a mask and a drum, as well as cymbals, a fan and a beautiful woman. The beautiful woman is the wild in the game and there's also a scatter symbol which can take you to the free spins feature of Peking Luck. That's where you might get the big win that you're waiting for!

Peking Luck consists of five reels and three rows of symbols. There are 25 paylines which goes from left to right and you need to land three or more symbols to get a win, however some symbols pay when you land only two of them on a payline. When it comes to the available bet levels you have to choose how many coins you wish to bet per line as well as the coin value. You can bet from 1 to 10 coins per line and the coin value ranges from 0,01 to 0,50. This gives you a range from 25 cents to 125 dollars for every spin. The higher you bet the bigger you win, however the highest win is pretty high even with the lowest bet level. Then what of the winning possibilities? How easy it is to get one of those big wins that's hidden behind the reels? Well the return to player (RTP) in Peking Luck is 96.5 %, which means that the calculated wins are 96,50 dollars for every 100 dollar you bet, however this is calculated over a very big amount of spins. Another thing that can show the winning possibilities of a slot machine is the volatility of the game. In this case Peking Luck has a very high volatility. In other words this means that you might need to wait a while in between wins, but it's usually a big win that will be paid out. Maybe you're the next in line to get a super big win!

Peking Luck features the common bonus features, which is wild symbols and free spins. The wild symbol replaces other symbols in order to create a winning payline. It is present on all reels and can replace all symbols except for the scatter symbol. Every win with a wild is multiplied by 2, which makes it even better than an ordinary wild symbol. To get to the free spins feature you need to land three or more scatters, anywhere on the reels. This will let you choose between six objects which all has a certain number of free spins hidden, after that you get to choose between six other objects to reveal a multiplier which will be applied to the total wins of the free spins. If you land another three scatters during the feature you will get an additional ten free spins and this can happen over and over again. It's during those free spins that you have the chance of cashing in the jackpot of 180,000 times your bet level! If you are looking for a big win then Peking Luck is definitely a great choice among the thousands of available slots online.

Where can i play Peking Luck?

Peking Luck is an interesting slot machine with a chinese theme. It's the developer Pragmatic Play that's created this highly volatile game with plenty of chances to win big wins. We took the slot for a test drive in order to be able to tell you all ...