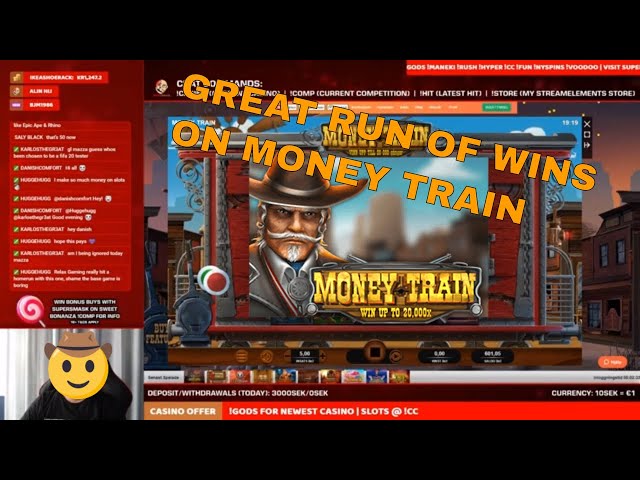 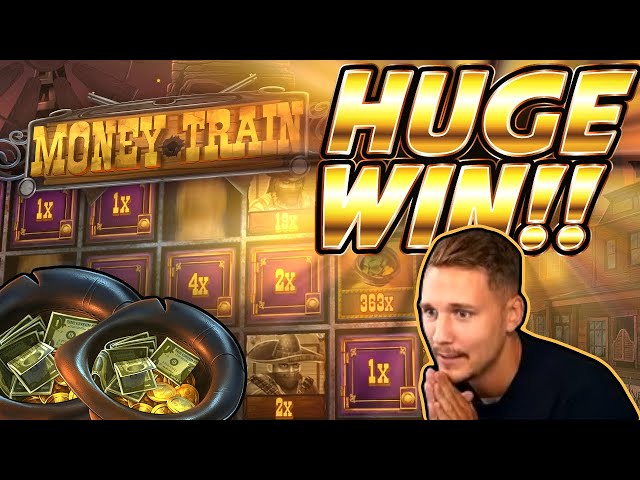 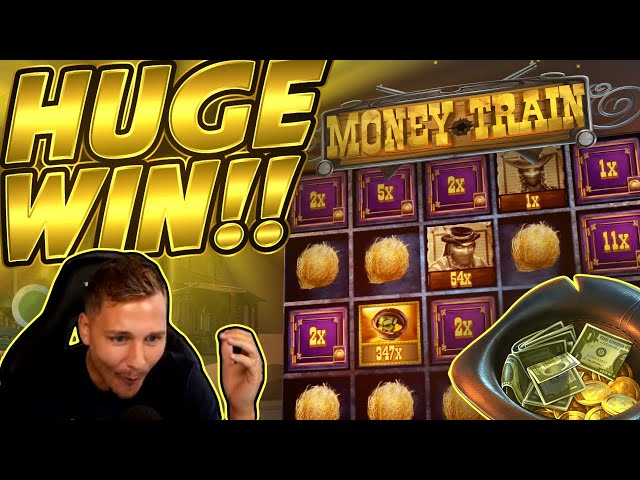 Money Train is a slot machine created by Relax Gaming which takes you to the wild west and the money train. If you love the wild west as much as we do you'll definitely enjoy this slot machine. The graphics are great and so are the features that you can activate while taking a ride on this train. You can cash in a big win of 20 000 times your bet if you're lucky enough while spinning the reels. If you want to know more keep on reading to see what we found out while trying out the slot machine!

Money Train's a western-themed slot game and both the background, the symbols and the music fits in perfectly. The graphics are well-made and among the symbols you'll find both cowboys and a native american man. It's a beautiful slot with well-detailed symbols and the gaming experience is on top while playing this game.

The game consists of 5 reels with 4 rows of symbols. The paylines are 40 in number and all of them are active throughout the gameplay. It's simple to choose how much you want to bet per spin and the lowest amount you can play for is 10 cents. When it comes to the highest possible bet it's 50 dollars per spin which can give a really big win. When it comes to the Return to Player of Money Train it's 96.20 % and the volatility of the game's high, which means that patient players can be ready for some really generous wins.

Of course Money Train has gotten bonus features that'll make you enjoy even more when playing the slot machine. There's a wild symbol that substitutes for the other symbols to help creating winning combinations. There's also a Money Cart Bonus Round that'll be activated by landing bonus symbols on reel 1, 3 and 5. It's not normal free spins you get instead you get to spin other reels for a multiplier. You can continue to spin until you don't land any new symbol during three spins in a row.

If you aren't patient enough to wait you can also buy the feature for an already decided sum. That'll take you straight to the Money Cart Bonus Round where there are big wins awaiting you. This is really great if you've been spinning the reels for too long without any progress. The highest possible win multiplier is 20 000 x bet and if you get that in the bonus round then the bonus round will end.

We really like Money Train and how it's ready to pay out a Super big win to any player who's ready to spend some time playing it. The player experience is amazing and we recommend this slot machine to everyone who enjoys a western-themed slot with high winning possibilities.

Money Train is a slot machine created by Relax Gaming which takes you to the wild west and the money train. If you love the wild west as much as we do you'll definitely enjoy this slot machine. The graphics are great and so are the features that you ...

Other slots from Relax Gaming