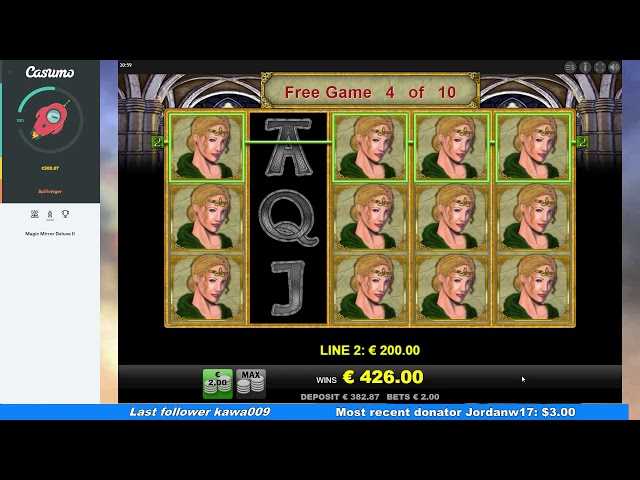 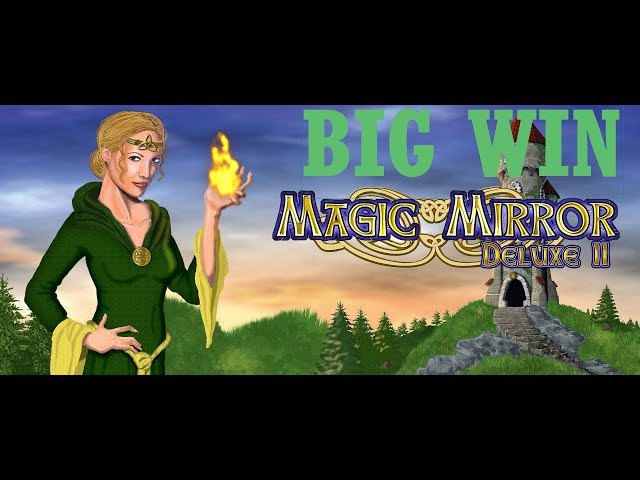 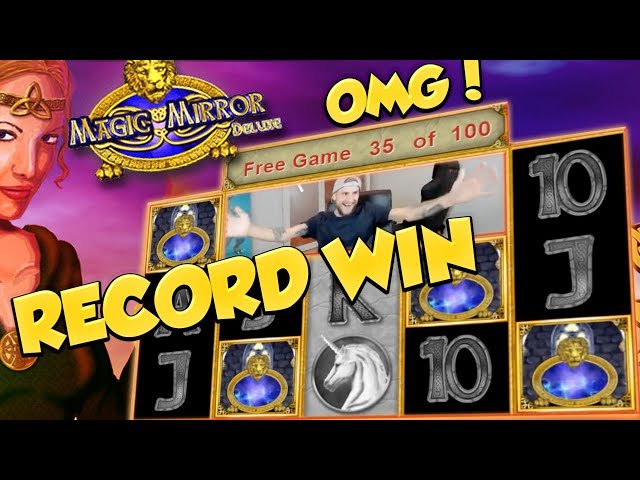 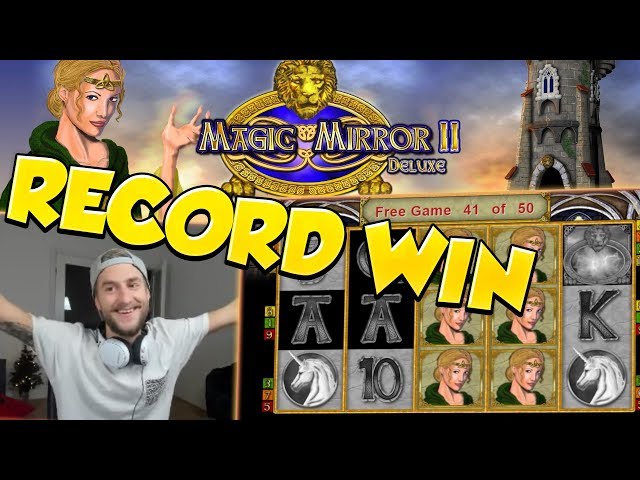 Magic Mirror Slot is a creation from Merkur, a not so big game developer but still they deliver killer games to online casinos around the world. In this slot it's all about magic and if you're lucky enough that magic can make you get some big wins along the way. You'll be surprised by the kind of generous wins this slot game offers to you as a player. We've given the slot game a try for us to be able to tell you all about it and we promise you that you won't be disappointed!

The slot theme is magic and behind the reels you can spot a castle. On the reels there are both card symbols and other symbols more attached to the theme, such as spellbooks, a unicorn and of course a magic mirror. The graphics are simple but still very good and you'll enjoy looking at the spinning reels while waiting for the cash to come rolling in. There's no background music unless when you press the spin button. Animations and sound effects are good as well in this game.

Magic Mirror has gotten five reels and three rows, just as many other slot games you'll find online. The paylines are however only ten, but they're all active at all times. Wins are paid if you get matching symbols from left to right, the lowest amount of three for you to get a nice win. The bet levels are easy to understand as you only have to choose your total bet. Every spin can cost as little as 10 cents but a spin can also cost 20 dollars, which is however a pretty low highest bet.

When it comes to your chances of winning when playing Magic Mirror we can start by telling you that the Return to Player (RTP) is 95.94 %, which means there are great chances to win. But that's not the best thing, this slot game's also equipped with a high volatility, which means that when you win you're more likely to win big. The big wins are a great reason to play Magic Mirror, though you need to have some patience in between wins as they doesn't show up all too often. But as the wins are big it's totally cool to wait, isn't it?

A slot review must also cover the bonus features of the game and we've taken a look at the bonus features available in Magic Mirror. There's a wild symbol, which is also a scatter-symbol at the same time. Of course it's the magic mirror itself taken on the job. As a wild it substitutes for every other symbol and as a scatter it'll reward you by giving you free spins. At most you can be rewarded with 10 free games and during those free spins you'll get a specially selected symbol that'll expand on the reels. In case of a win that specific symbol will expand to all positions on the reels.

Magic Mirror is an awesome game to play for anyone who's looking for big wins. It's already blessed some people with Super big wins and it's definitely ready to do it all over again. The slot may look simple but that doesn't mean that it's boring, far from it actually. The standard bonus features matches the game and along with the expanding, randomly chosen symbol it's a bit different. It's also great that you can gamble all your winnings to make them double in size, which means even bigger wins added to your bankroll.

This is a game for all of you who loves magic and magical creatures. You'll see both unicorns and spellbooks spinning on the reels, along with the magic mirror of course. If you want to try your luck and have the chance to win a big win that might change your life, then we recommend that you try out Magic Mirror right away!

Where can i play Magic Mirror?

Magic Mirror Slot is a creation from Merkur, a not so big game developer but still they deliver killer games to online casinos around the world. In this slot it's all about magic and if you're lucky enough that magic can make you get some big wins al...

Other slots from Merkur