Lord of the Ocean Big Wins 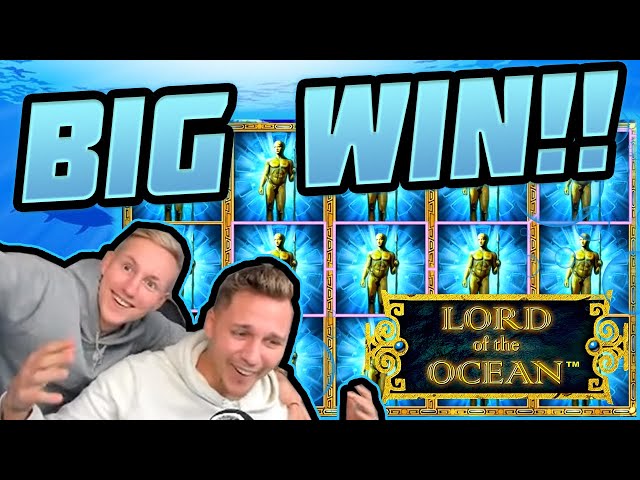 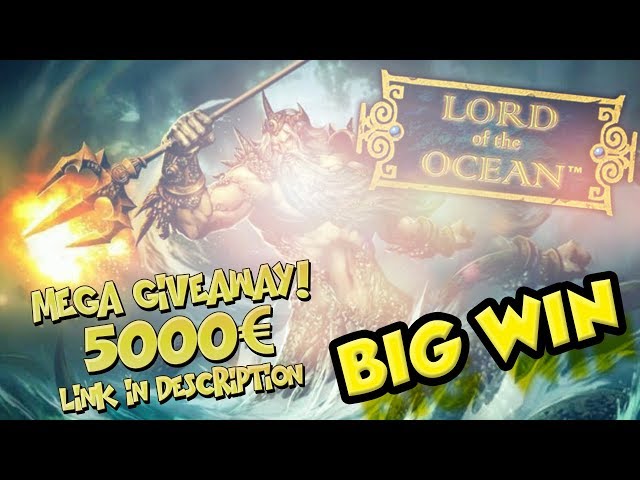 CasinoDaddyLord of the OceanBIG WIN!!!! Lord Of the Ocean Big win - Casino - Bonus Round (Online Casino)October 12, 2017 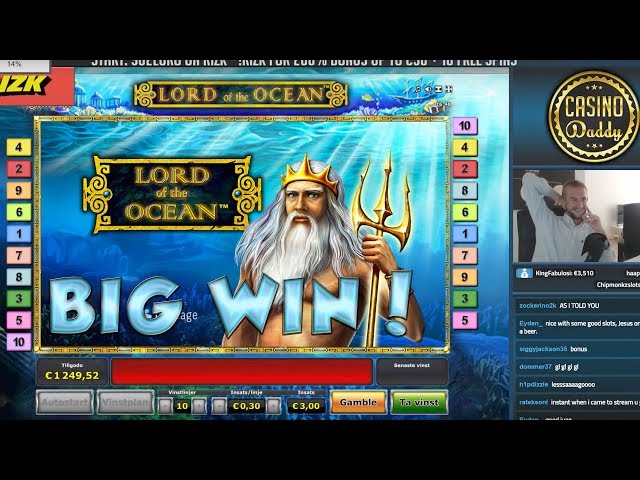 CasinoDaddyLord of the OceanBIG WIN!!!! Lord of the ocean - Casino Games - bonus round (Casino Slots) From Live StreamAugust 22, 2017 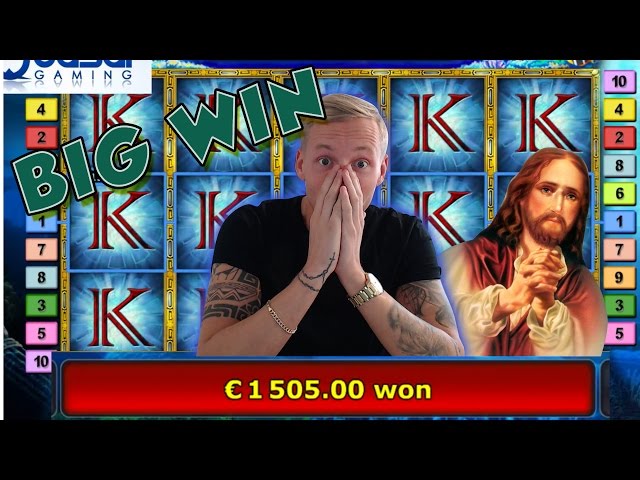 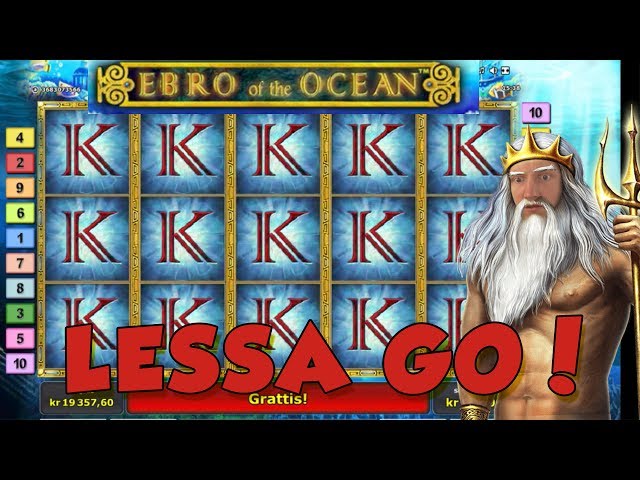 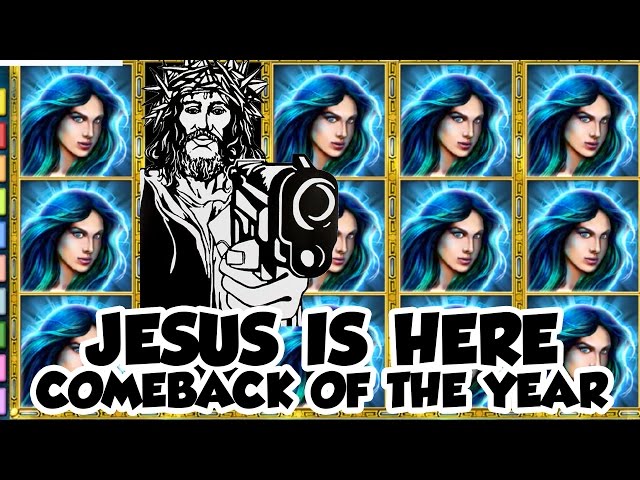 Lord of the Ocean is a slot made by Novomatic and it's ready to give you a big win if you're lucky. Of course the main character of the game is Poseidon, and the slot machine is inspired by Greek mythology. We have shared some videos when players manages to win the highest wins in this game. If you look at it we bet that you'll feel like taking the game for some spins by yourself as well. We've tried the game out and we must say that it's really great and we had an awesome time while playing it.

Lord of the Ocean has a Greek mythology theme and Poseidon is the king of this game. The game takes place deep under water in the darkest areas of the ocean. That's where Poseidon lives and he has invited you in to have a great time with him. The symbols in the game consists of normal card values and also themed symbols. The themes symbols are a guard, a mermaid, a treasure chest and Poseidon himself. All the symbols are well-detailed and the graphics of the game is good. There are some animations taking place when you win to make the gaming experience even better. The sound effects of the game doesn't match the theme, instead they sound as if they're taken from an old arcade game. However the retro sounds gives a unique feeling to the game and we do like it.

Lord of the Ocean has five reels and three rows of symbols which is a standard built for a videoslot. The betlines are 10 in number and you can choose whether you'll bet on 1,3, 5, 7, 9 or 10 of them. However our recommendation is that you keep all of the ten betlines active for you to be able win easier. When you want to choose your bet you need to choose between playing 10 cents for a spin and 50 dollars for a spin. This gives every player the opportunity to try the game as you can bet both high and low numbers. The Return to Player (RTP) of the game is somehow low at 95.10 % but the volatility is high. This means that big wins are there waiting for the players who are patient enough to spin the reels many times. High volatility slots are the ones with the highest possibility of giving large payouts, that's why players like them so much!

How about bonus features then? Are there any of those in Lord of the Ocean? Well of course there is and it's the scatter symbol that's the centre of attention in this game. It actually works both as a wild symbol and a scatter symbol. It substitutes for every symbol to help you get winning combinations even easier! As a scatter it takes you to the generous free spins round. To activate those free spins you need to land at least three scatters on the reels. That'll reward you with ten free spins with great chances of winning. During free spins you'll also be awarded with a random expanding symbol that'll make it easier for you to get the real big wins of the slot machine. The expanding symbol only need to land on three positions for it to expand and it doesn't need to be on adjacent reels. Doesn't that sound just great?

When playing Lord of the Ocean you'll have a really great time and you'll sit and wait for those scatters to show up. The free spin round can be triggered over and over when playing the game and it can give you some really high wins. Look out for Poseidon as he is the highest paying symbol in the game. The high volatility of the game means that you should be ready for some super big wins while playing the game. Greek mythology is a popular theme and Novomatic has done a great job creating a slot in this theme. It's easy to learn and it offers big ranges of bets for you to be able to choose one that fits you the best. We had wished for a bit higher RTP but 95,1 % is still high enough. Try Lord of the Ocean out and enjoy the great game!

Where can i play Lord of the Ocean?

Lord of the Ocean is a slot made by Novomatic and it's ready to give you a big win if you're lucky. Of course the main character of the game is Poseidon, and the slot machine is inspired by Greek mythology. We have shared some videos when players man...