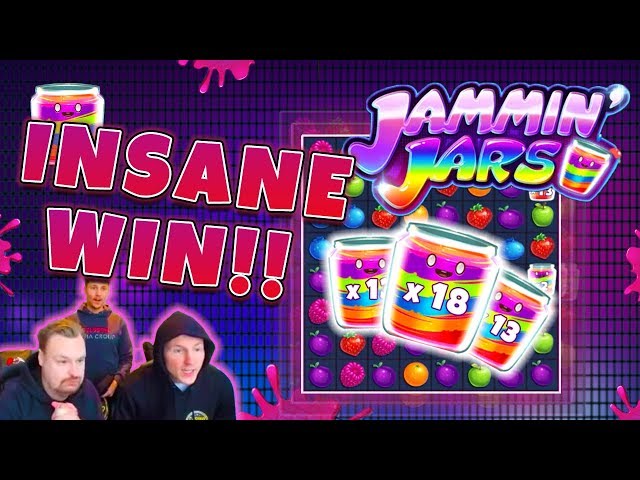 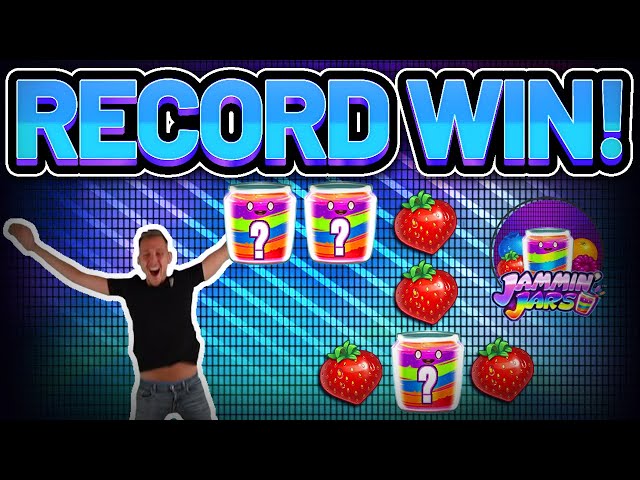 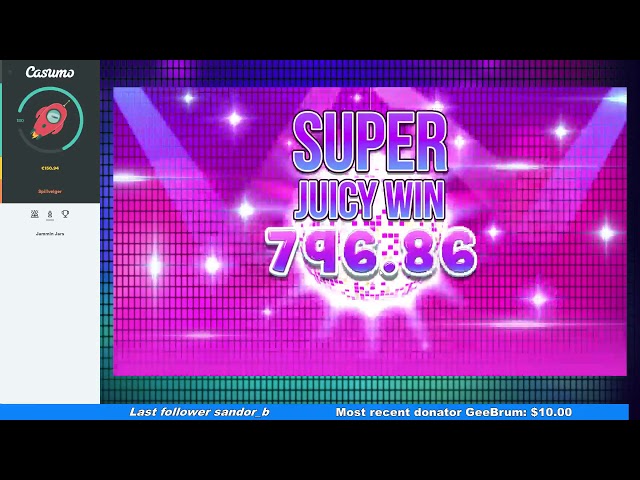 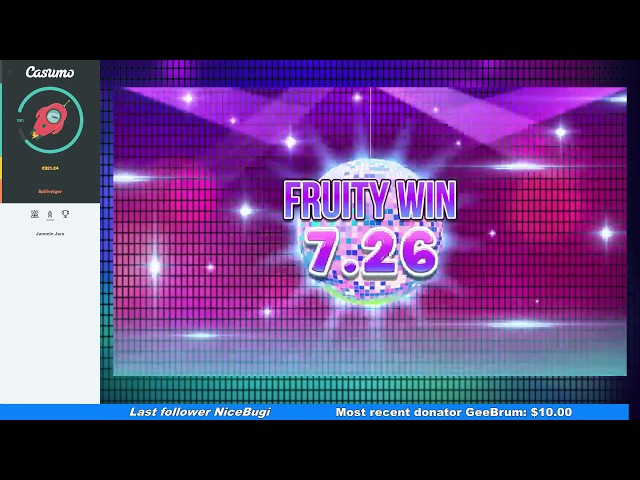 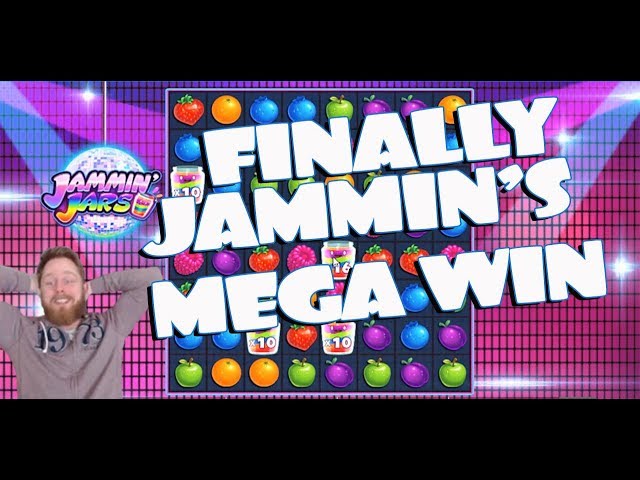 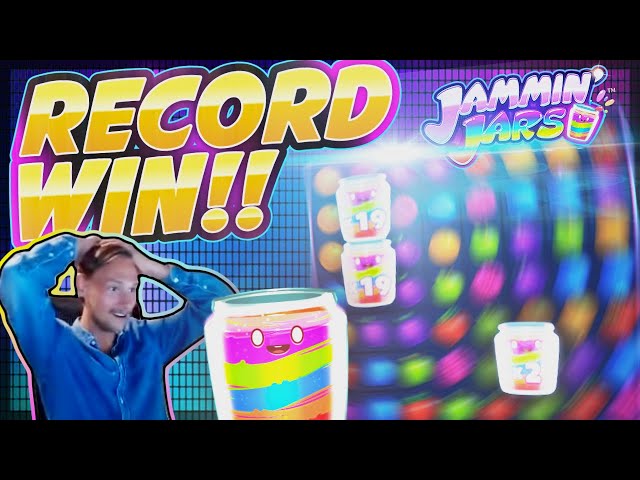 Jammin Jars is a slot machine created by Push Gaming and it sure is a unique slot with it's 8 reels and 8 rows. It's loaded with sweet fruits that can reward you with those awesome big wins, especially since it's a cluster pays slot game. With it's high return to player (RTP) and high volatility it's just waiting on some patient players to refill their bankroll with a large sum of cash. Look out for those jamming jars, they will help you win big!

The theme of this slot game is disco and fruits, the background music is disco themed and you have the disco ball shining on the side of the reels. It's mostly fruits of different kinds that fills up the reels but there are also the Jam Jar symbol, which we will tell you more about when we get to the slot games bonus features. The graphics are simple but the symbols are well detailed and the animations are great. With all it's colors Jammin Jars is very sweet to the eyes.

As we mentioned in our introduction Jammin Jars has 8 reels with 8 rows of symbols, and no paylines at all. Instead you win by getting a cluster of 5 or more symbols adjacent to each other, imagine the big win if you get many matching symbols! When you want to choose your bet you don't need to choose between many things, you simply choose the bet you want to make. You can bet 0,20 dollars at the lowest and 100 dollars at the highest, which makes the slot machine suitful for every player no matter how big your bankroll is. The RTP of Jammin Jars is 96,83 % and the volatility is high, so with the right amount of patience you can collect a big win while playing this slot game.

Before you try out Jammin Jars we're sure that you want to know more about the slot machines bonus features, and of course we've checked it out for you. There's only one special symbol in the game, the Jam Jar Symbol, however it works both as a wild symbol and a scatter symbol. If you get a Jammin Jar that's included in a winning cluster it will stay on the reels and it'll have a multiplier that adds 1x on every win the symbol is a part of. If you win the winning symbols will be removed and new ones will fall in place, which makes it possible to win many times on just one spin.

If you get three or more Jam Jar Symbols anywhere on the reels you'll be rewarded with 6 free spins, where the wild symbol has the same features as in the standard game play. Imagine the kind of multipliers you can get and which big wins you can cash in while playing those free games on Jammin Jars.

You might think that those are enough of bonus features in one game but Push Gaming won't agree, so they actually added another feature as well. That one is called the Rainbow Feature and it's randomly triggered after a non-winning cascade or collapse. All of the reels will be covered by a giant rainbow and when it's gone it will reveal one or more giant fruit symbols on the reels. The giant symbol will then turn into the fruit symbol of the same type as the giant one, and it'll give you it's wins. It can surely give a nice big win if you're lucky enough to get it.

Jammin Jars is a slot game developed and released by Push Gaming that gives you the chance to collect some super big wins if you're lucky and has patience. The slot game is full of sweet fruits and you win by getting clusters of symbols. Anytime you win the winning symbols will disappear and be replaced by new ones which gives you the chance to win multiple times on one spin. The Jam Jar Symbol is both wild and scatter in Jammin Jars and it can give you both free spins, multipliers as well as it can replace other symbols to create wins. You sould definitely look out for the Jam Jar Symbol if you're out to win big. Jammin Jars can give you really big wins with its high volatility and high RTP, you should give it a try!

Where can i play Jammin Jars?

Jammin Jars is a slot machine created by Push Gaming and it sure is a unique slot with it's 8 reels and 8 rows. It's loaded with sweet fruits that can reward you with those awesome big wins, especially since it's a cluster pays slot game. With it's h...