Jack and the Beanstalk Big Wins 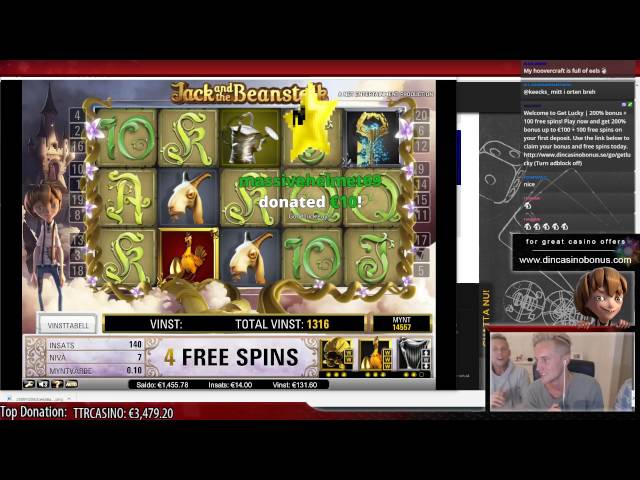 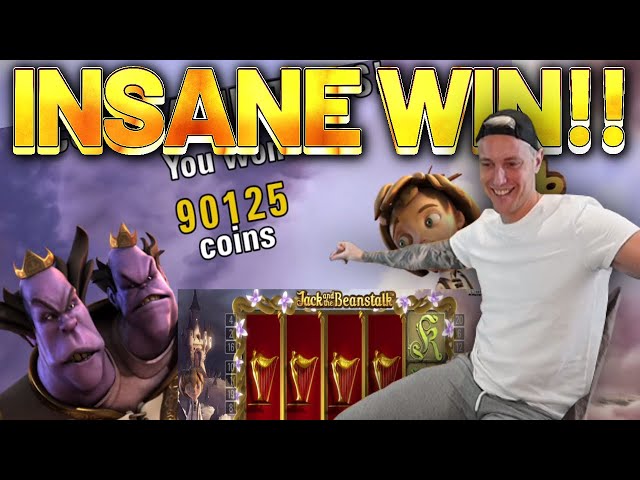 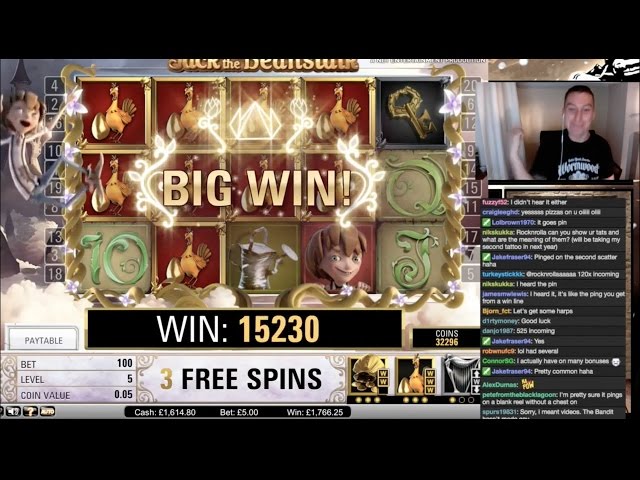 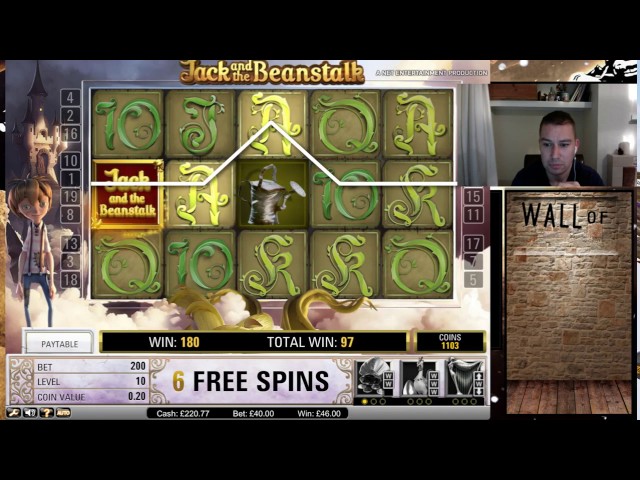 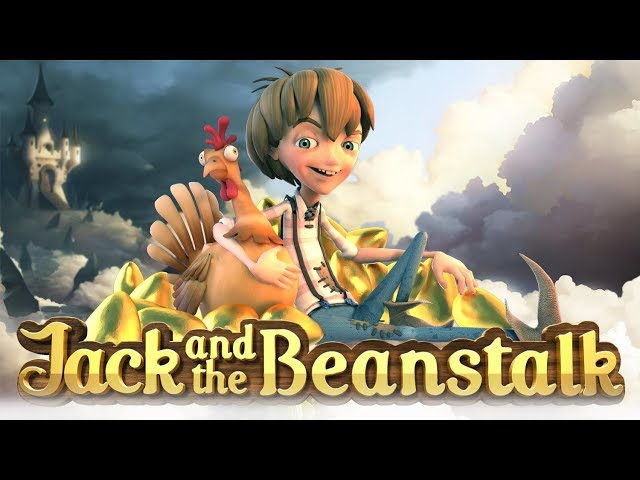 CasinoDaddyJack and the BeanstalkBlitz Jack And the beanstalk BIG WIN - Casino Win from our LIVE streamNovember 13, 2018
More videos...

I guess almost everyone has heard the story about Jack and the beanstalk, which is the theme of this NetEnt slot machine. Jack and the Beanstalk slot has a maximum win of 600.000 coins and it will be a lot when it's converted into dollars. As you can see the game has the potential to give you the big win that you're waiting for. As it's a slot developed by NetEnt it has great features as well as an amazing design, even though it was launched in 2011. It's both playable on desktop and mobile, for you to be able to win wherever you are. Read on to find out more about this game, as we have tried it out to be able to tell you everything about it!

The theme of Jack and the Beanstalk is the story with the same name as the game. You will see Jack himself on the reels, as well as other things connected to the story. The design is beautiful, with great graphics and exciting sound effects. The background is animated and there are some animations which will occur when you land a winning combination as well. The symbols consists of the standard card values 10 to A, as low paying symbols. The symbols with a higher payout are a watering can, an axe, a goat, the purple giants and Jack himself. There's a treasure chest symbol as well, which is the scatter symbol in Jack and the Beanstalk. There are different wild symbols as well that can be activated during free spins, but the logo wild can appear anytime. This slot game has no background music, instead you will hear birds whisteling and other nature sounds.

Jack and the Beanstalk looks like most average slot machines, with its five reels and three rows. There are 20 paylines which are always active and to win you need three or more matching symbols on the reels. Jack himself is the symbol which will give you a big win, as it's the highest paying symbol in the game. When it comes to the bets you can make you have to choose a level as well as a coin value. The level ranges from 1 to 10, meanwhile the coin value ranges from 0.01 to 0.50. This makes the highest possible bet 100 dollars a spin, and the lowest bet is just 20 cents for a spin. As mentioned above you can cash in an amazing 600 000 coins as the highest win possible. But how does the possibilities of winning look? Well Jack and the Beanstalk has a Return to Player (RTP) at 96.28 % and a high volatility. This means that there are plenty of chances to win, however you need to be patient before getting a big win. When a slot is highly volatile you won't get wins regularly, but when they occur they are usually big.

Jack and the Beanstalk has gotten some interesting bonus features which will make the gameplay even more exciting. There is the scatter symbol which will award you with free spins. You need to land three or more scatters to get 10 free spins. If you land another three scatters you'll activate another 10 free spins that will be added to the other ones. There's also a wild symbol which will give you a re-spin when it occurs on the reels. It's a walking wild which will walk from left to right and award new re-spins until it disappears from the reels. If you get a win with a wild the amount you win will be multiplied with three. The walking wild feature is available in both the main game and the free spin feature. During free spins there's a key symbol available as well and it will activate wild features. Three key symbols activate 2 stacked money bags, six key symbols will activate 3 stacked golden hens and nine key symbols will activate expanding golden harps. With one of those features activated you are more likely to get the big win that you are waiting for.

We really enjoyed playing Jack and the Beanstalk and we recommend you to play it if you're looking for a Super big win. It's both amazing to play and has the chance of getting you bankroll filled up with a lot of coins.

Where can i play Jack and the Beanstalk?

You can play the big win slot game Jack and the Beanstalk at our exclusive big win casino Casiplay. Casiplay also offers a ton of other big win slot machine and offers a very good casino experience overall!

Jack and the Beanstalk

I guess almost everyone has heard the story about Jack and the beanstalk, which is the theme of this NetEnt slot machine. Jack and the Beanstalk slot has a maximum win of 600.000 coins and it will be a lot when it's converted into dollars. As you can...

Jack and the Beanstalk