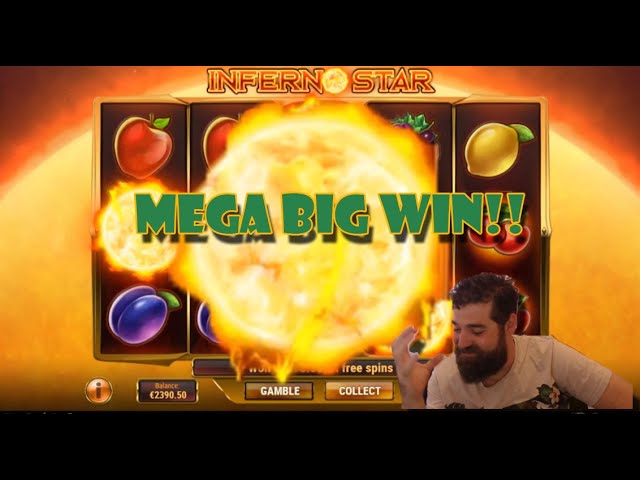 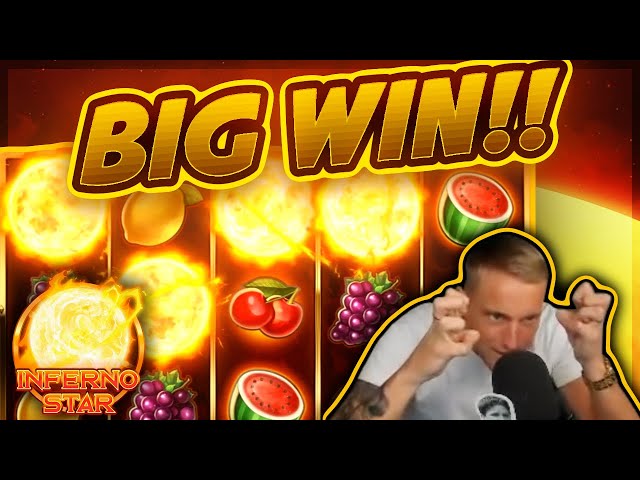 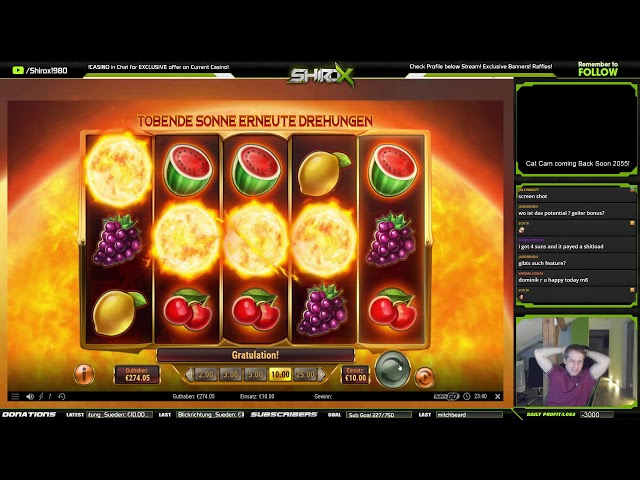 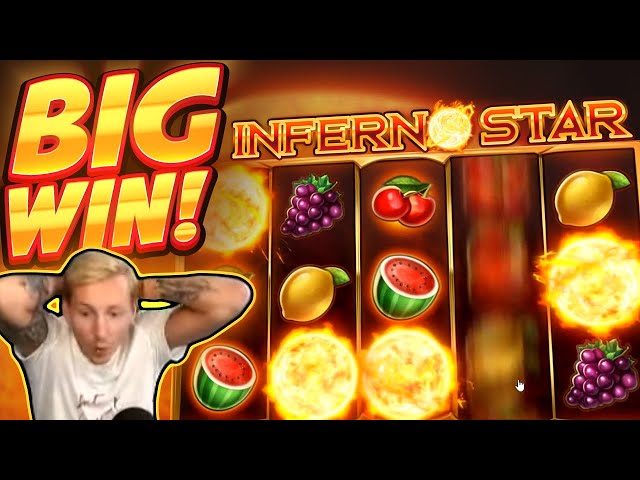 Inferno Star takes you to space and it's Play'n Go who created the journey. Among both normal suns and raging suns there are plenty of chances to get a big win or two. We've uploaded videos of some of the highest wins ever given out by this slot machine for you to be able to see how much winnings this game is ready to pay out. The graphics are amazing and so are the animations and features as well. However it still has gotten some classical fruit symbols to offer as well. We've tried Inferno Star out just for us to be able to tel you all about it and its features, this game has gotten alot to offer for real.

The theme is space, and the sun. However there's a retro feeling about the game as well. In the background, behind the grid, you can see the glowing sun and the orange sky. There's a powerful tune playing in the background and there are some great sound effects as well. Animations are part of the gameplay too, just to make the game even more great. When it comes to the symbols they're mostly fruits. The fruits in the symbols are grapes, lemons, plums, apples, cherries and watermelons. The only other symbols in the game's two suns; one normal one and one that's raging. It's the raging sun that's the special symbol in this game.

As many other videoslots Inferno Star has gotten five reels and three rows. However there's only five betlines in the game, and they're fixed. To win you need to land matching symbols on a betline, starting at the leftmost reel. Due to the few paylines it can seem pretty hard to win, but when you win mostly you win big. When you want to choose your bet level you only need to choose which total bet you wish to play with. The lowest bet is as small as 5 cent, which gives you the chance to play many spins in a row. But you can also choose to bet 100 dollars for just one spin, perfect for those of you that are highrollers. Hpwever you can win big no matter which bet level you choose. The Return to Player in Inferno Star is 96 % and the volatility is very high. This means that there are great chances of winning big wins while playing, as long as you're patient enough to spin the reels several times.

Inferno Star is a pretty simple slot machine but there are still a feature to be mentioned in this article. The feature we're talking about is the Raging Sun Re-Spins. This feature will be activated when a raging sun symbol lands on reel 3. When that happens the sun will be locked in place and the remaining reels will re-spin in search of more suns. Any sun that lands during those re-spins will turn to a raging sun and another re-spin will be awarded. The mode will end when no new suns appear on the reels. You can win a much as 2 500 times you bet, which means 250 000 dollars if you play at the highest stake of the game. There's another feature in the game as well and that's the gamble feature. Every time you win you'll get the chance to gamble your win. You can choose to bet on red or black, or one of the four card suits to either double you win or to get your win x4. You just need to bet on which card color or suit that you think will show up. However you don't have to gamble your win, you can collect it straight away as well!

Inferno Star gives a magical experience to anyone who spins the reels of the game. When you spin those reels you also have gotten the chance to win big wins, and that's a great plus isn't it? Play'n Go has done a great job creating this simple, yet mesmerizing, slot machine. The fruit symbols combined with the sun symbols mixes tradition with innovation which makes this game absolutely amazing! We also like the betting possibilities in the game, from 5 cents all the way to 100 dollars. This game is created to suit all kinds of players and it's absolutely wonderful.

Where can i play Inferno Star?

Inferno Star takes you to space and it's Play'n GO who created the journey. Among both normal suns and raging suns there are plenty of chances to get a big win or two. We've uploaded videos of some of the highest wins ever given out by this slot mach...

Eye of the Kraken