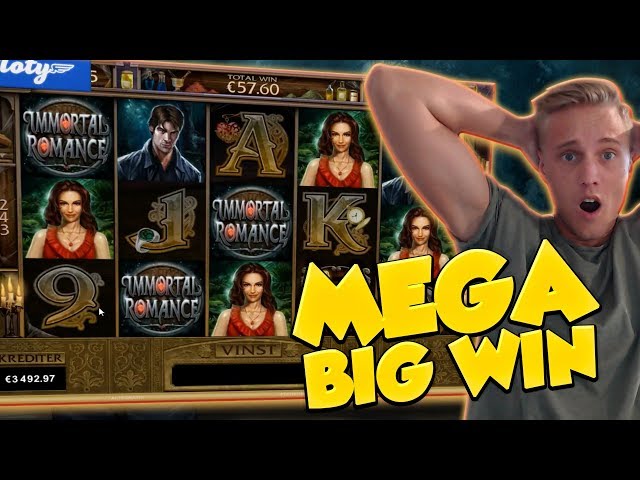 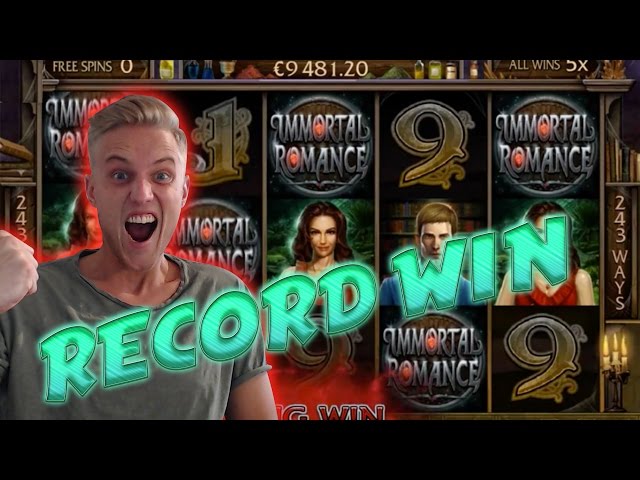 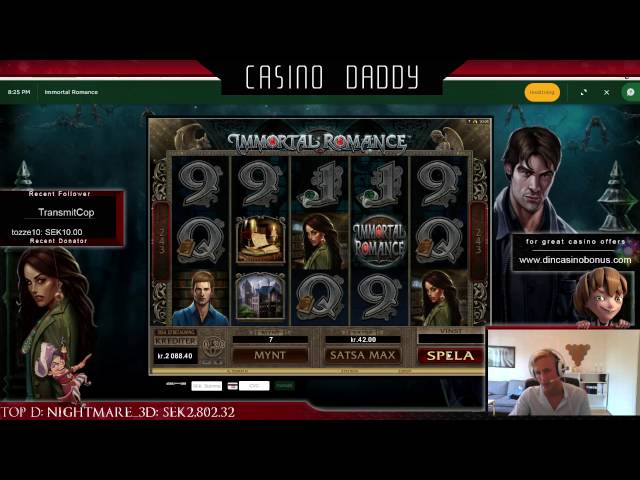 Immortal Romance is a slot machine developed by the great game developer Microgaming. It's one of their most popular slot machines ever since its release back in 2011. The theme of the game is vampires, something that's always on point in both gaming and movies. Even if the game is somehow old it's still very popular and it also has some big wins ready to be handed out. The features are great and you'll definitely have a nice time playing this slot machine. We've tried it out for you to be able to know all about it before trying it out yourself. If you want to check out some of the highest winnings in the slot you need to take a look at our videos right here.

The theme of the game is vampires and that's enough to keep the audience happy. Vampires has been interesting to mankind since so many years, and is therefore a perfect theme for a slot machine. It's a mysterious theme that makes the excitement of playing even bigger. There are background sounds and music which makes the game play even better, as well as animations to add more drama to it. The graphics doesn't show that the game is over eight years old, it's still very well made. The symbols consists of card symbols as low paying symbols, from 9 to A. The other symbols in the slot takes the shape of a letter, a castle and four different vampires, which all gives higher amounts when winning with them. The logo of the slot machine is the wild symbol and the scatter is golden door knob in shape of a lion. All symbols are created in highest detail.

Immortal Romance is made up by five reels, three rows and 243 ways to win. This means that there are no paylines, all you need to do is to get matching symbols on adjacent reels, from left to right. Three matching symbols are needed for a winning combination, so it's just to start spinning. To place your bet you need to choose a coin value that's either 0,01 or 0,02 as well as an amount of coins between 1 and 10. The lowest bet possible in this slot machine is 30 cents and at the most you can bet 6 dollars per spin. It's a pretty low stake but it doesn't make the game less popular. And you can still win alot of money, at the most you can win an astounding 72 900 dollars in just one spin! Then what about the possibilities to win? Well the game has gotten an RTP of 96 % and a high volatility. This means that there are possibilities to win real big wins if you're patient enough to spin for a while. You can never know when the next big win will happen, it might be your turn to be lucky!

Even if Immortal Romance is pretty old there are some bonus features available. There's the wild symbol which substitutes for other symbol to help creating wins, and it will also double every winning combination where it's included. There's also a feature called wild desire which can turn up to five reels wild at a random occasion. If you land three or more scatters you will enter the chamber of spins where there is four different kind of free spins available. The first four times you trigger free spins it's Ambers free spins which will be activated. This'll give you ten spins with a multiplier x5. From the fifth trigger it's Troys free spins which gives you 15 spins with a vampire bats feature. Next free spin session is Michaels which will be activated from the 10th time you trigger free spins. You'll get 20 free spins with rolling reels and multipliers. Last but not least there's Sarah who will reward you with 25 free spins. They have a wild vine feature for greater chances of wins!

Immortal Romance is a slot machine that gives you chances to win big wins at the same time as it has a very exciting game play. If you want a Super big win there are great opportunities when playing Immortal Romance and we really recommend that you give it a chance.

Where can i play Immortal Romance?

Immortal Romance is a slot machine developed by the great game developer Microgaming. It's one of their most popular slot machines ever since its release back in 2011. The theme of the game is vampires, something that's always on point in both gaming...

Other slots from Microgaming