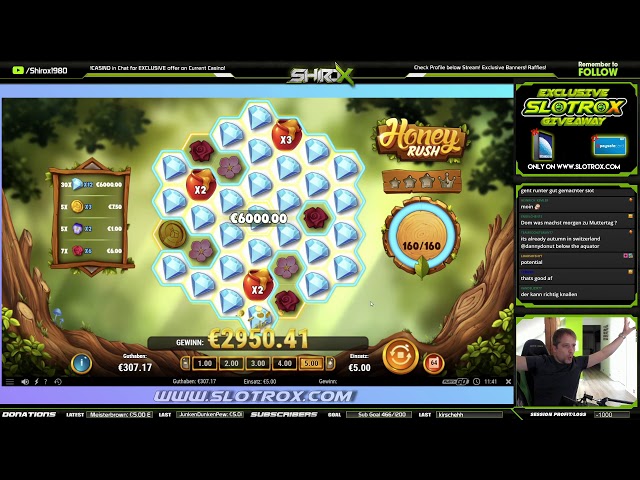 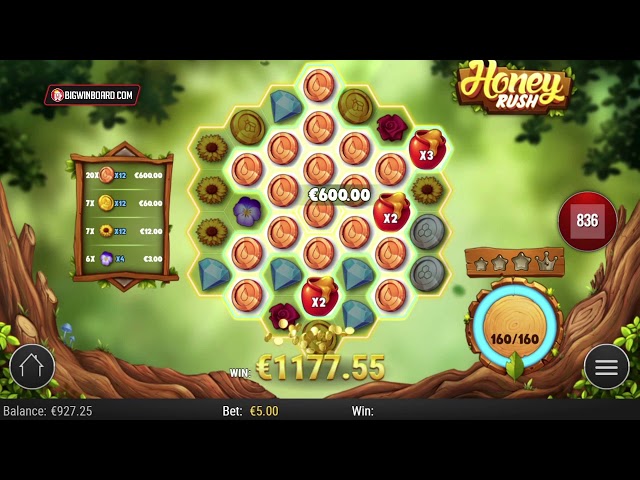 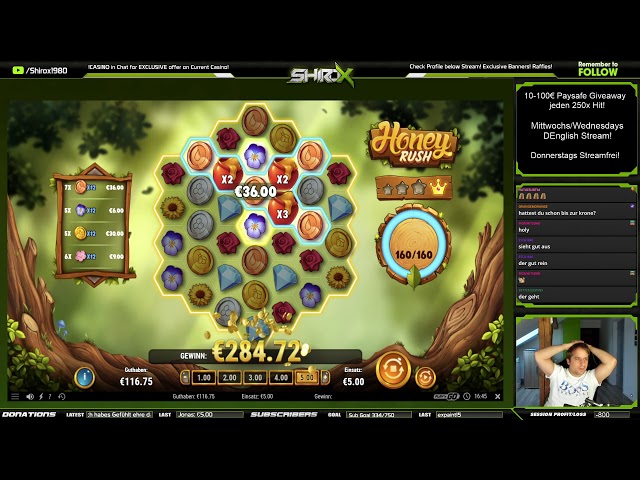 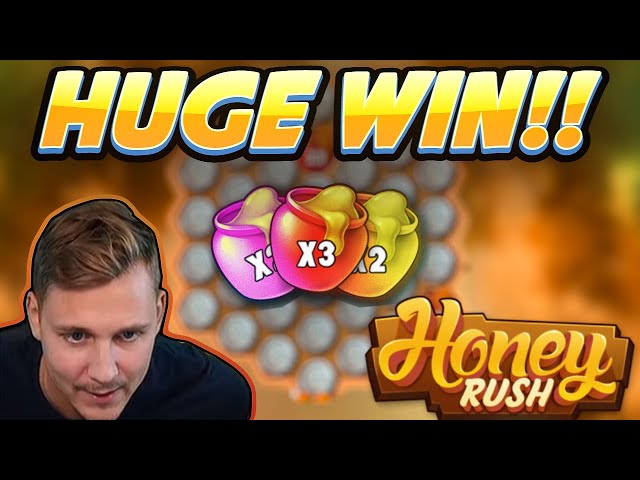 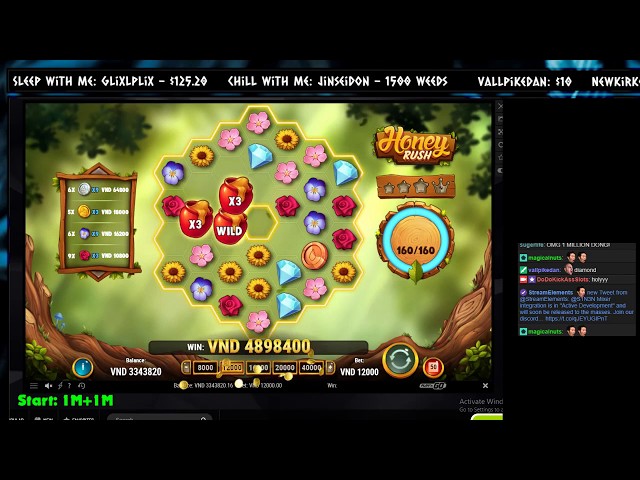 Who doesn't love honey? It's not only sweet to eat, it's also a great theme for an online slot machine! Play'n Go has created a unique slot called Honey Rush and it promises players plenty of big wins. It's a hexagonical grid slot, the first of its kind from this swedish game developer. Cluster wins is in focus here and once the win is paid out the symbols will disappear to make room for new ones. You don't need to worry about bees either, it's all about the honey in this amazing game. We are here to tell you all about the game, in order for you to know how to get a big win rolling into your bankroll.

The theme is honey and nature. The grid takes place in a forest and you can see leaves falling from the trees in the background. The grid is in the middle of the screen and has an hexagonical shape. There is space for 37 symbols at the grid and in order to win you need to land five or more matching symbols in a cluster. There's a pretty calm melody playing in the background and you can enjoy several background sounds and animations when landing a win. The graphics are on point in Honey Rush, which isn't strange considering who developed it. Play'n Go is well-known for their amazing graphics and exciting features. The lower paying symbols has a natural theme as well, they are four different coloured flowers. All the flowers have the same payout. The higher paying symbols consists of a bronze coin, a silver coin, a golden coin and a beautiful diamond. The diamond is the highest paying symbol in the entire game. The honeypot is the wild symbol in the game, which will help creating winning combinations by replacing other symbols.

There are no reels and rows in this game as the grid is hexagonical. There are 37 symbols showing up at the same time, imagine the big win you will get when filling the grid with the same symbol on all 37 spots! It's very simple to choose which bet you want to play with at every spin. Just choose the total bet by pressing the minus or plus button below the grid. The lowest possible bet is 20 cents, meanwhile the highest bet per spin is as high as 100 dollars. You can win up to 9,000 times your bet, which is a Super big win, especially when playing with the highest bet level. You might think the possibility of getting the highest win is impossible, however the RTP and volatility says something different. The Return to Player (RTP) is 96 % and the volatility is very high. This means that if you're patient enough to spin the reels many times you will sooner or later cash in a big win.

So does Honey Rush have any bonus features to offer its players? Well that goes without saying. There is the Honeypot Wild which will replace other symbols to create a winning cluster, There's also a sticky wild feature, which means that any wild in a winning combination will jump to an adjacent place and stick there, as well as add a multiplier. Every time it moves the multiplier adds with one before a new cascade comes falling down. There are three colony features which clones the central symbol to create a winning cluster. There are the drone colony, worker colony och queen colony. The worker colony will be triggered randomly on a non-winning spin and creates a cluster of 7-15 symbols. The drone and queen colony will be triggered by the rush meter, the drone colony creates a cluster of at least 7 symbols, meanwhile the queen colony creates a cluster of 20 to 37 symbols. The Rush Meter gets filled by winning symbols, and there are 4 different levels available. The first level is reached at 20, nest one 40, then 60 and last is 80 symbols. You won't find any free spins or re-spins in Honey Rush, however consecutive wins can appear many times on the same spin and with a multiplier up to 27x. This can land you a Super big win, just like you want!

Where can i play Honey Rush?

Who doesn't love honey? It's not only sweet to eat, it's also a great theme for an online slot machine! Play'n GO has created a unique slot called Honey Rush and it promises players plenty of big wins. It's a hexagonical grid slot, the first of its k...