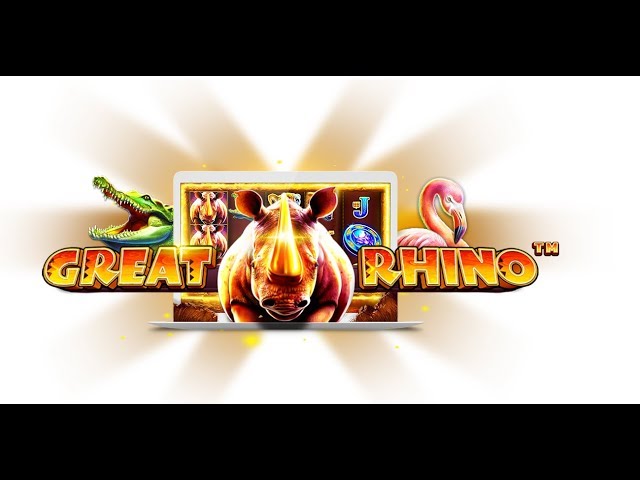 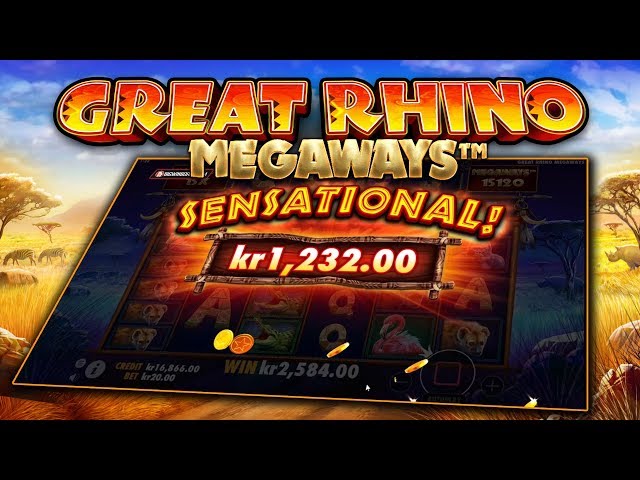 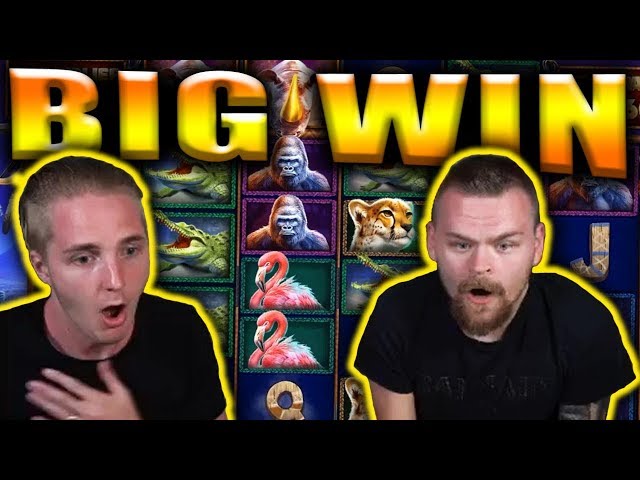 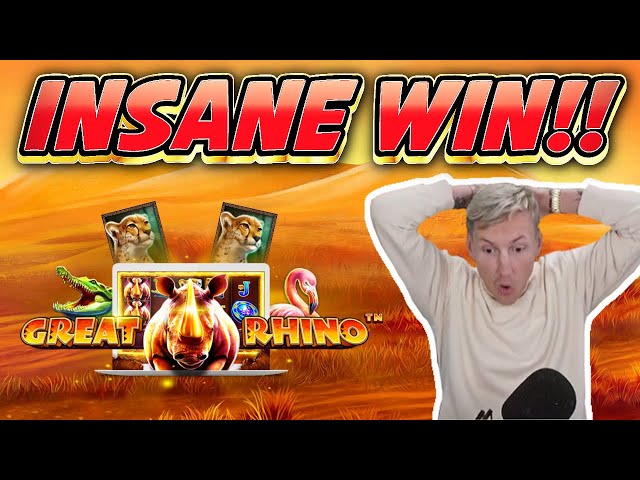 Great Rhino Megaways is a slot machine developed by Pragmatic Play. It has a wildlife theme and you can meet all kinds of animals while spinning the reels. Great Rhino was at first a normal videoslot, but when they acquired a license for megaways they gave their old slot a makeover. Now it has up to 200,704 ways to win, which is a great opportunity to cash in a big win! We have given the game a test drive for us to figure out how it works and be able to tell you all about it. Tag along to find out everything there is to know!

As we said the theme of the game is wildlife. The reels takes place on the African savanna and in the background you can see rhinos, zebras and trees. In the background you can hear birds singing and other sounds that fits in with the theme. When you spin the reels music will start playing, and there are nice sound effects and animations in the game as well. Then which symbols will appear on the reels? Well there is some card value symbols, 10 to A, which gives the lowest payouts. For higher payouts you should look out for the animal symbols, there is a flamingo, a hyena, an alligator, a gorilla and a cheetah. Great Rhino Megaways also has gotten a Wild Symbol which is the rhino himself, and a Scatter Symbol which is a golden coin with a rhino on it.

When it comes to the technicalities, Great Rhino Megaways does not look like an average slot machine. It has six reels and an extra vertical reel on top of reels 2-5. Reels 1 and 6 can show up to 7 symbols at once, while reels 2 to 5 can show up to 8 symbols thanks to the extra reel. This setup makes it possible for up to 200,704 ways to win in one single spin. Much better than the average 25 paylines right?! Then how much can you bet while playing this game? You can choose a bet per spin from 20 cents to 100 dollars. However there is a way to double your chances of winning the bonus feature, then your total bet will range from 25 cents to 125 dollars instead. Then now to what you all are waiting for, the winning possibilities while spinning the reels of Great Rhino Megaways! The Return to Player (RTP) varies from 96.48% to 96.58%, which is a decent number which provides a high possibilty of a payout. The volatility of the game is high, this means there is a great chance to cash in a big win while playing this slot machine. On our page we have some videos showing the highest payouts given on the videoslot.

Next on our list are the bonus features in the game. For starters there is the Tumble Feature, which means that winning symbols will disappear and be replaced by new ones to give you more opportunities to win on the same spin. The Wild Symbol in the game replaces all other symbols, except for the scatter. Wilds can show up on reel 2, 3, 4 and 5 as well as on the extra reel on top. Last but not least there is the free spins feature, which is triggered by the scatters. You need to land 4 or more scatters to activate the feature. Remember that you can double your chances of getting the feature by turning the extra bet on. When you activate the free spins feature you have to choose between four different options. During free spins there is a win multiplier, this will increase by every tumble. The options you can choose from can give you a high amount of free spins with a multiplier starting on 1x, or some fewer spins with a multiplier starting at 5x, or why not even fewer free spins and a multiplier starting at 10x. If you find it hard to choose you can choose the random option, then you will recieve a random amount of free spins and a random multiplier. The highest multiplier might be the best way to get a big win! We really liked playing this game and if you want to see it in action just press play on one of our videos!

Where can i play Great Rhino MEGAWAYS?

Great Rhino Megaways is a slot machine developed by Pragmatic Play. It has a wildlife theme and you can meet all kinds of animals while spinning the reels. Great Rhino was at first a normal videoslot, but when they acquired a license for megaways the...

John Hunter and the Aztec Treasure