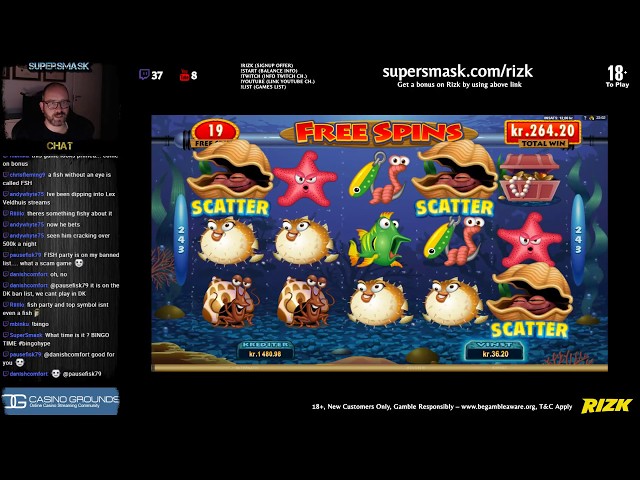 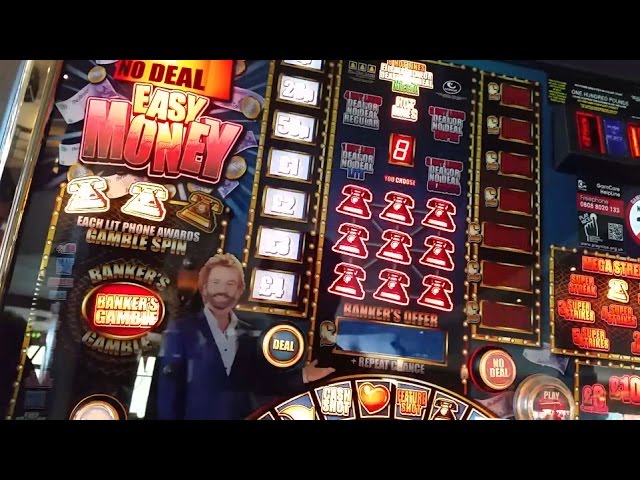 Fish Party is a slot created by the master slot developer Microgaming. They're among one of the greatest software providers in the world and their games are very popular among the players. In Fish Party they're taking you under water to party along with some strange fishes and of course large treasures as well. It's gotten a generous free spins bonus game where you'll have the chance to land super stacked wilds, imagine the big wins you can get while getting to that game mode! We've given Fish Party a test drive so that we can offer you a detailed review about everything it's got to offer, let's go!

The theme of Fish Party is, as you can hear, fishes and the sea. The five reels with three rows takes place under the water and on the reels you can land all kinds of underwater creatures. There are different fishes, a starfish and some shellfish that can give you great wins, along with a treasure chest, a wild symbol and a scatter symbol. There are actually no paylines in the slot machine, you win by getting matching symbols on reels adjacent to each other, from left to right as in most other videoslots. That gives you 243 different ways to win, a pretty good thing if we are the ones to judge.

The graphics in Fish Party is sharp and bright, and there are some awesome animations as well. The sound effects are great and no background music makes the slot a peaceful game to play. Then what about the bet levels? You can easily choose your bet by pressing bet and choosing between the lowest bet of 0,30 dollars and the highest one of 15 dollars per spin. However you can also press the settings button up in the left corner and choose coin value as well as bet level. However the minimum and maximum bets are all the same, which makes the highest bet pretty low compared to in many other games.

Then how about the winning possibilities? We know that that's what you're especially interested in and of course we did our research on that as well. The Return to Player (RTP) is 96,5 % and of course the volatility is high, which means a higher possibility of big wins, especially if you're equipped with some patience. The highest win possible is 97 000 coins, a pretty big win if we can say it ourselves!

We've taken a great look at the bonus features of the slot machine Fish Party as well, and they're traditional but still far from boring. For starters there's a wild symbol which takes the place of other symbols to create matches much easier. They might come stacked and they also presents you with a coin win if you get three or more of them on the reels.

The next bonus feature is the free spin game, which gives you the chance to play for free. To trigger those free games you will have to land three, four or five scatter symbols, anywhere on the reels. They also gives you a coin win, which makes it even better. You'll trigger up to as many as 20 free spins which gives you alot of opportunities to cash in some wins totally free of charge. During free spins symbols are stacked on all the reels, which will make you land wins so much easier. Super stacked wilds is also something you'll experience when enjoying those free games, imagine the chances you'll have of getting some really big wins. You should definitely look out for those scatter symbols so that you'll get a taste of the fantastic free spins game mode.

So Fish Party is a slot game created by the huge game developer Microgaming and this time they're taking you on a journey under water. Fishes and other underwater creatures takes their positions on the reels and gives you the chance to get some big wins. What about cashing in the highest win that'll give you 97 000 coins! Just be patient and you will sooner or later activate free spins, which gives you a great chance to get big wins. Fish Party slot is a beautiful and exciting game to play and we really recommend that you give it a try!

Where can i play Fish Party?

Fish Party is a slot created by the master slot developer Microgaming. They're among one of the greatest software providers in the world and their games are very popular among the players. In Fish Party they're taking you under water to party along w...

Other slots from Microgaming