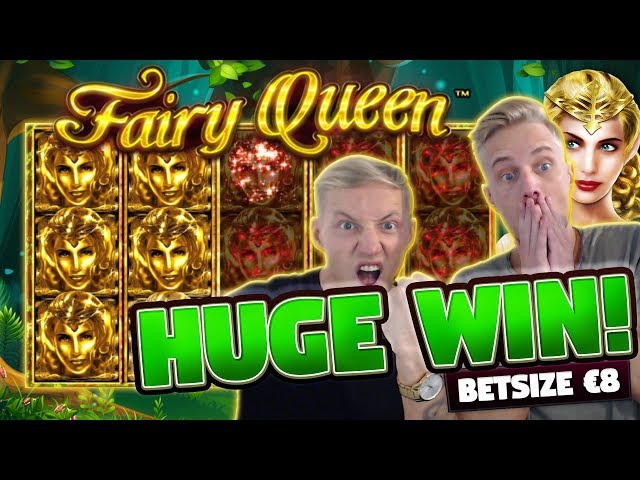 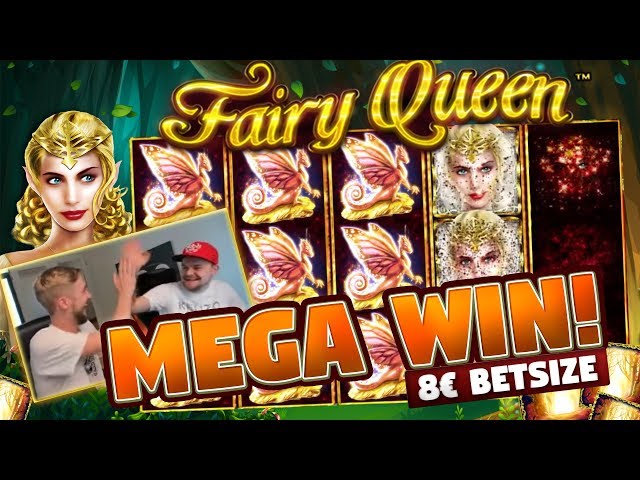 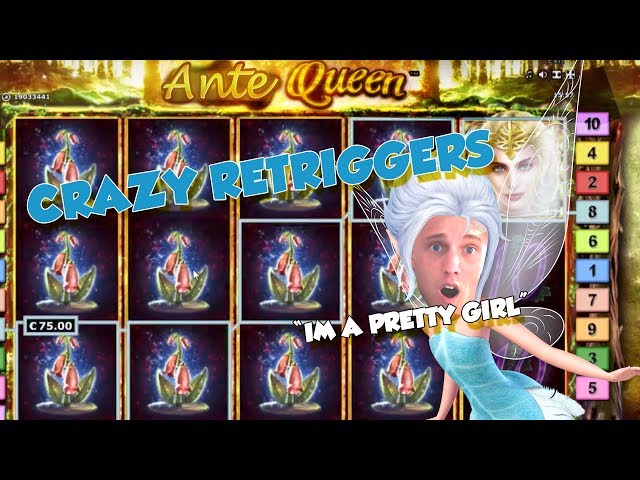 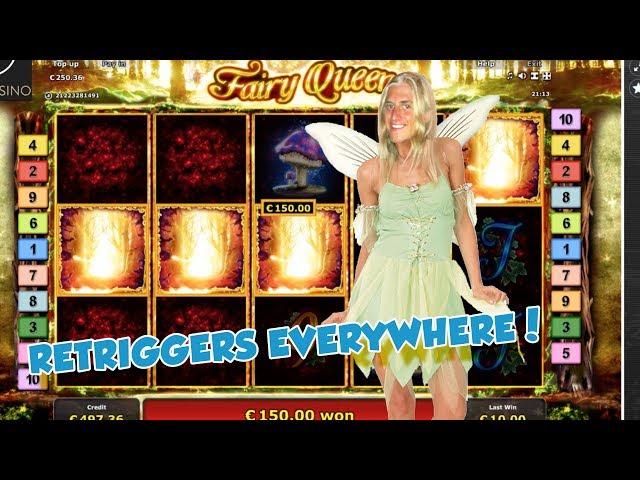 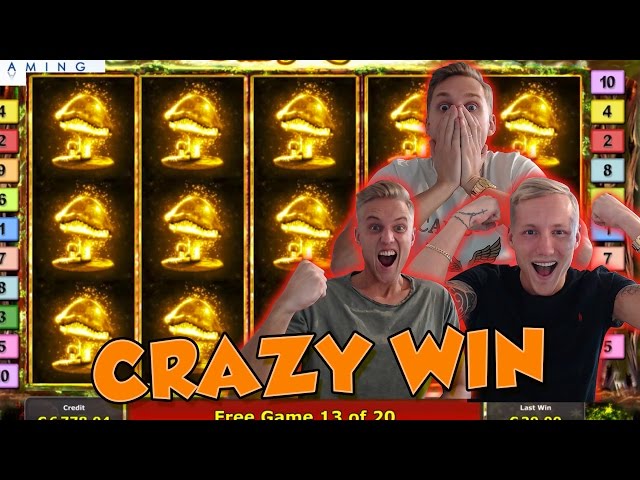 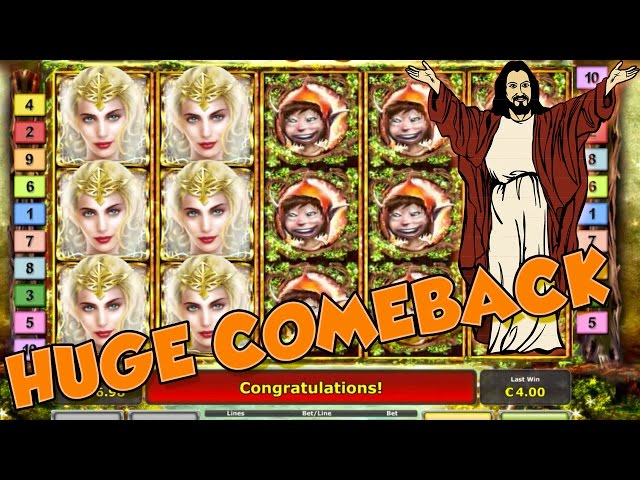 Fairy Queen is a slot machine developed by Novomatic and it's gotten a magical theme. There's some real fairy magic going on while spinning the reels of the game. Novomatic make slots with unique sounds sounding as if you're playing an arcade game, and that applies to Fairy Queen as well. Of course there are some great bonus features available as well to make the game even more exciting. If you want to know how much you can win then you should take a look at our big win videos of the game. In those videos you can see some of the highest winnings ever rewarded by the game.

The theme in Fairy Queen is of course fairies and their magic. It's a beautiful slot machine with a background consisting of an enchanted, dark forest. The sounds and sound effects are like video game sounds which gives a nice experience. When you land a winning combination there are some animations as well for an even better game play. When it comes to the symbols in the game they consist of card symbols from 9 to A as low paying symbols. The higher paying symbols consists of magical things such as an enchanted flower, a mushroom and some magical creatures. The fairy queen herself is the wild symbol of the slot machine and the scatter is a golden forest.

Fairy Queen has a standard build-up with five reels and three rows. The paylines are ten in number and they're adjustable. We recommend that you keep all the paylines active as that gives you a bigger chance to win. The paylines goes from left to right and you need to match three symbols to get a win. If you get two of the wild or scatter symbol you will get a win as well. It's simple to choose your bet and we've only taken a look at the betting possibilities when playing with all bet lines active. The lowest amount per spin is 10 cents and the highest one is 50 dollars which gives a good range of possibilities to choose. Then how about the possibilities to win when playing Fairy Queen? There's a Return to Player (RTP) that's 95.09 % and the volatility is classified as high. This means that if you play many spins and are patient then there's many chances to get a big win while playing this game.

Now it's time for us to tell you all about the bonus features of the game as well. There's the fairy queen which is the wild symbol and it substitutes for every other symbol to help you get a winning payline. However it doesn't substitute for the scatter symbol. There's also a scatter symbol which will take you to the free spins. You will be rewarded with 10 free spins if you get three or more scatters. During the free games one random symbol will be chosen and it'll expand during the free spins. As you play your free spins you're guaranteed a win on every spin, and if you're lucky it'll be a big win as well! During the free spins you are able to re-trigger them for even more chances to win. Above all this there's also a gamble feature where you can gamble your wins to be able to make them even bigger. However if you make the wrong choice you will lose everything.

Fairy Queen is an exciting slot to play for anyone who is into magic and likes a simple and exciting slot machine. The game play is great with nice graphics and retro music. The RTP is a bit low but you'll still have a chance to get some Super big wins due to the very high volatility of the game. The patience need to be on top for you to play enough to be able to get some of the highest winnings in the slot. There's both wilds and scatters available in Fairy Queen and they'll help you on the way to really nice wins. You'll get ten free games with guaranteed wins and you can re-trigger the free games as well. During free spins there's an expanding random symbol as well that will help you get even greater wins. We recommend for you to give it a try and see the excitement for yourself!

Where can i play Fairy Queen?

Fairy Queen is a slot machine developed by Novomatic and it's gotten a magical theme. There's some real fairy magic going on while spinning the reels of the game. Novomatic make slots with unique sounds sounding as if you're playing an arcade game, a...