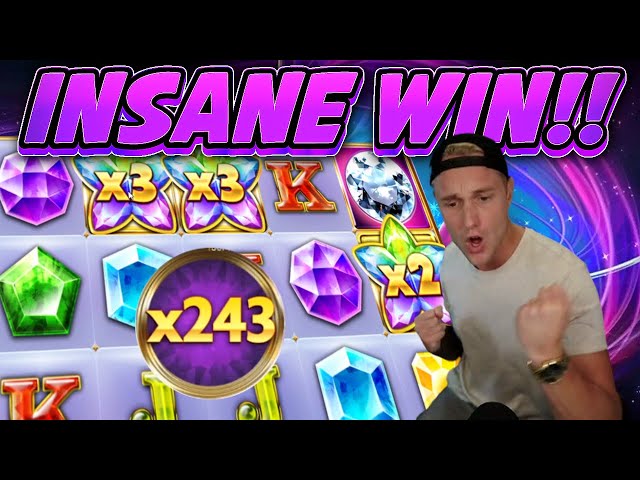 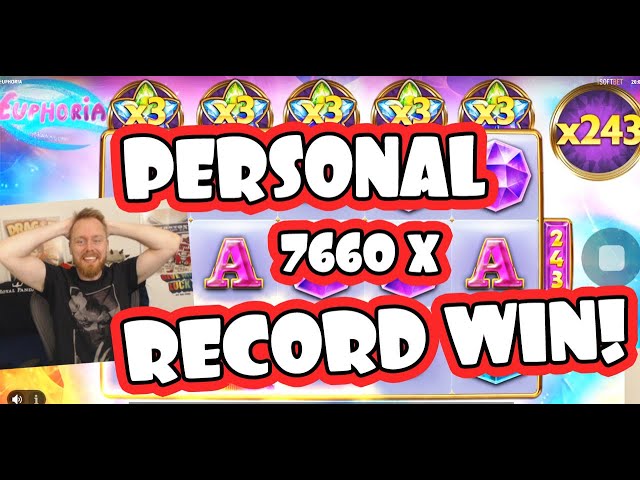 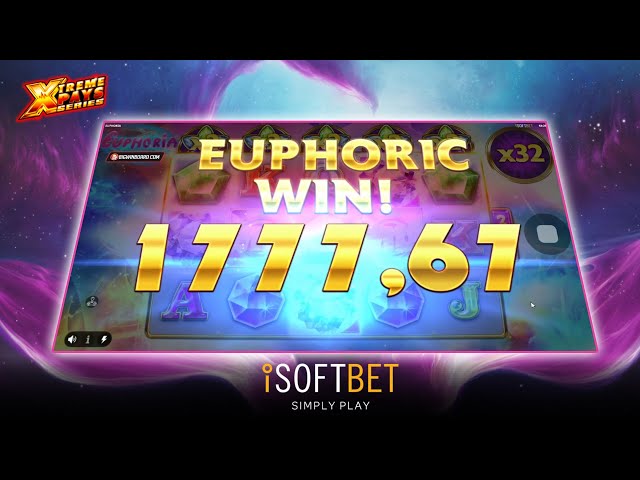 Euphoria was released in March 2020 by iSoftBet and it is the third installment in their Extreme Pays series, which means that big wins are definitely occuring while playing the game. You can win as much as 20,000x your bet, which is a lot of money while playing with a high stake. This game takes you to the stars, which is a well-known theme in many slot machines. Of course the game is well-made considering that it was released this year and it has some great features as well. This game is very exciting and offers great entertainment to all kinds of players.

The theme of Euphoria is space and the stars, which is a nice place to visit while playing. The galactic background is very detailed and it has animations as well. The background music is calm and soothing and there is some sound effects and animations as well. It has a winning design, there is no doubt about that, and we really do like the looks of it. The symbols consists of card values as the ones who pays out low wins, and the gem stone symbols give the higher wins. There is also three different special symbols in Euphoria slot, a bonus symbol, a wild symbol and a star symbol.

What of the slot technicalities then? Well Euphoria is built like a average slot with 5 reels and 3 rows of symbols. The game has 243 ways to win and you need to land matching symbols on adjacent reels to get a win. This means plenty of opportunities to get some nice cashouts while playing the game. Then how much money do you have to bet in order to win? Well you can bet anything from 30 cents to 30 dollars for a spin. This is a pretty low maximum bet, however you can still win a lot of money! Then what of winning possibilities? Well the volatility is really high, and the RTP is set to 95.99 %, which means that there is a whole lot of chances to win big wins while playing!

So let us move on to the bonus features of this amazing game, we all know it has a few of those. There is the Euphoria Spin, which can be randomly activated on any spin. During these spins you can land up to 3 star symbols. Any star symbol in view will increase your multiplier and the star symbols are wilds as well. This means a multiplier at up to 27x! Of course there is some free spins on the reels as well, all you have to do is land 3 bonus symbols on reel 1, 3 and 5. That will reward you with 8 free spins and this is where the biggest wins awaits you. Wild stars activated a x2 multiplier, but if another one lands on the same reel the multiplier increases to 3x. All win multipliers will multiply each other and you can get a multiplier at up to x243! If you activate all 5 star multipliers you will get 5 additional free spins as well as great multipliers! Of course there is a normal wild symbol in the game as well, which replaces other symbols to create winning bet lines. Above all of this you also have the chance to buy the bonus feature if you do not want to wait for it to activate by itself.

Then what is our verdict? Is this game worth a try? Well it most definitely is! Euphoria Slot takes you on a cool adventure in space and you can win a lot of money while playing the game as well. The game has great graphics and some pretty interesting features as well, and it is those features which can give you the super big wins that you are waiting for. We have some pretty awesome videos were streamers such as CasinoDaddy gets some magical wins on Euphoria Slot. We surely enjoyed our tryout of the game as it is really exciting waiting for those stars to light up. Considering the fact that the game have 2 different wild symbols is great as well, who does not love wilds right? We recommend you to try the game out today!

Where can i play Euphoria?

Euphoria was released in March 2020 by iSoftBet and it is the third installment in their Extreme Pays series, which means that big wins are definitely occuring while playing the game. You can win as much as 20,000x your bet, which is a lot of money w...

Other slots from Unknown