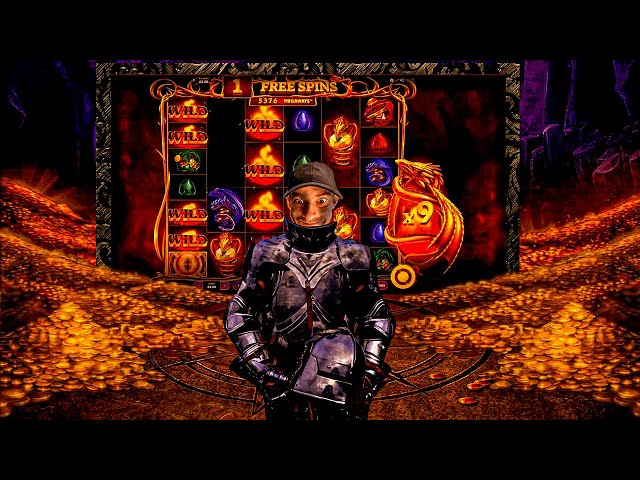 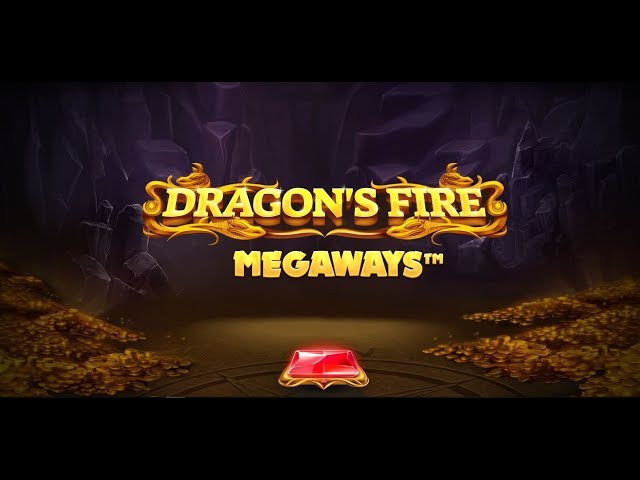 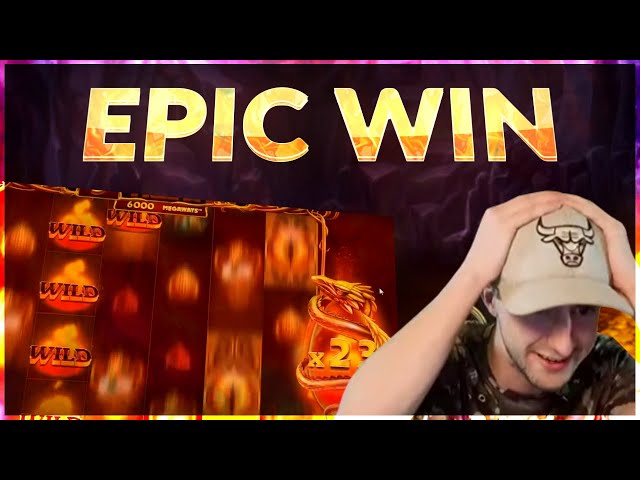 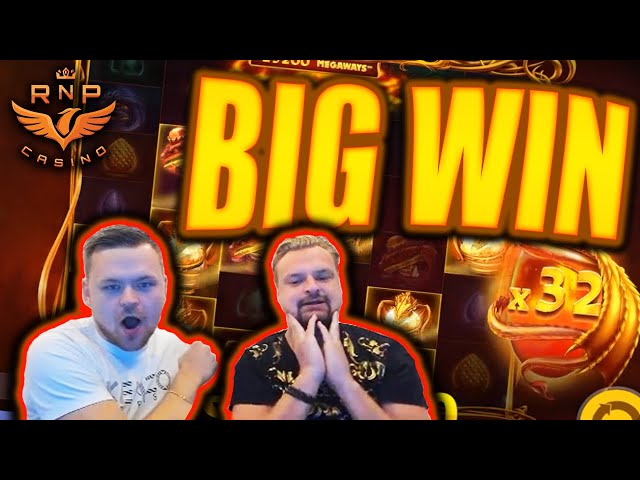 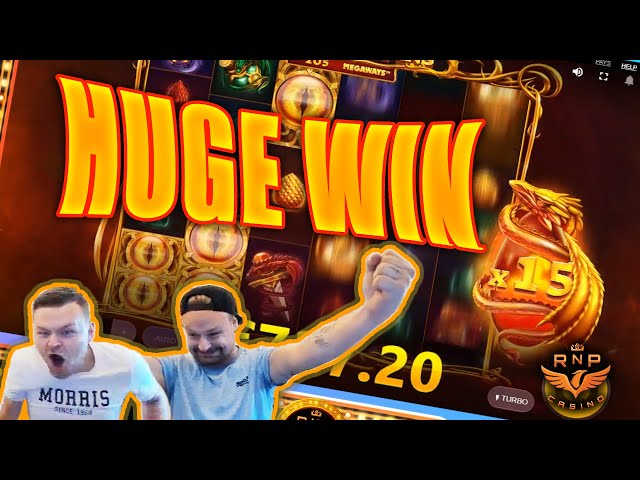 Dragon's Fire MEGAWAYS is a slot machine developed by Red Tiger Gaming, and as all of their games it has gotten stunning graphics and animations. The gameplay is amazing and of course you can get a big win (or two) when spinning the reels on this slot machine. We love dragons and this game is all about dragons. Thanks to Megaways there are up to 117,649 ways to win! We have taken Dragon's Fire MEGAWAYS for a test drive and we are ready to tell you all about it in this article. In that way you can easily find out whether it will fit your needs or not.

As the name tells, Dragon's Fire MEGAWAYS is all about dragons. This theme is popular among slot machines and we have to say that Red Tiger Gaming really did a great job when developing this game. In the background there is a large, golden dragon which is guarding the reels. The reels takes place in a cave with gold and other treasures, to get you in the mood for what might come to you on the reels. A big win might not be far away at all. There's no background music, only some sounds to set the mood. However a melody is played while the reels are spinning. The background has animations, and animations take place when you win as well. Red Tiger Gaming has gone all in on the theme in this game, as there are no card value symbols. The low paying symbols consists of dragon eggs in different colours, and the higher paying symbols are dragons in the same colours. The symbol that pays out the highest is however the dragon eye, which is a stacked symbol. There's also a wild symbol as well as a free spin symbol on the reels.

When it comes to the technicalities of Dragon's Fire MEGAWAYS the slot looks alot different than many other videoslots. For starters it has gotten six reels and every reel can contain up to seven symbols at once. This makes it possible with up to 117,649 ways to win, a great recipe for a big win. The ways to win depends on the amount of symbols showing up on every reel. In this slot machine you don't need to worry yourself about choosing coin level and coin value when choosing your bet level. You simply press stake and then choose your bet between 10 cents and 100 dollars per spin. This is a large range of betting opportunities which makes the game available for both beginners and high rollers. As a player you will like to know more about the possibilites of winning in a game, and that's why we've taken a look at Dragon's Fire MEGAWAYS volatility and return to player. The volatility is high and the RTP is good at 96 %, which means that you might have to spin the reels many times in between wins, but you will definitely win big when a win occurs. There's more than one Super big win awaiting behind the reels!

So what about the bonus features, are there any in Dragon's Fire MEGAWAYS? Well of course there is! There's one called Fire Blast, which means that the dragon will breath fire on the reels and it will reveal wild symbols or free spins symbols, depending on how many reels she will ignite. Then there's the Dragon Egg Multiplier, which will help you win big by multiplying your wins. It will increase with 1 for every consecutive win, up to a maximum of x50. During free spins it won't be reset after a non-winning spin. Another random feature in the slot is Dragon's Eye Boost, which will boost the multiplier with up to 10x. The free spins will be triggered if you land three free spin symbols on the reels. How many you get will be revealed when you choose a dragon. During free spins every winning symbol will burn up and be replaced with new symbols, for bigger winning opportunities. The multiplier won't be reset during free spins which makes this feature very rewarding if you are lucky. There's also a wild symbol available which will replace other winning symbols to help create a winning payline. The last feature is Dragon's Kindness which can be awarded if two free spin symbols shows on the reels, then the dragon will breathe fire onto the reels to add one more free spin symbol.

Where can i play Dragon's Fire MEGAWAYS?

Dragon's Fire MEGAWAYS is a slot machine developed by Red Tiger Gaming, and as all of their games it has gotten stunning graphics and animations. The gameplay is amazing and of course you can get a big win (or two) when spinning the reels on this slo...

Other slots from Red Tiger