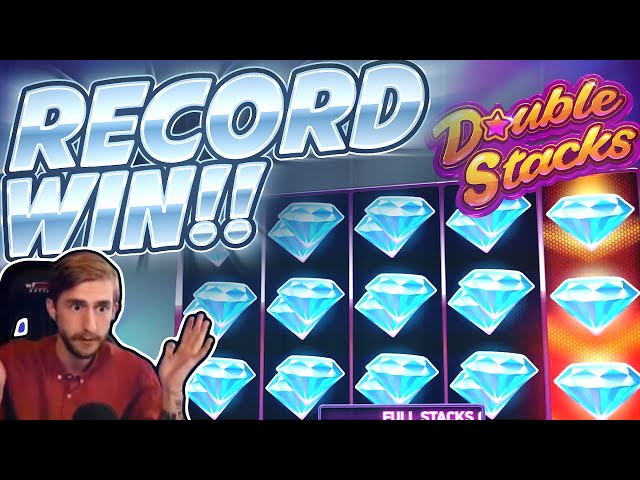 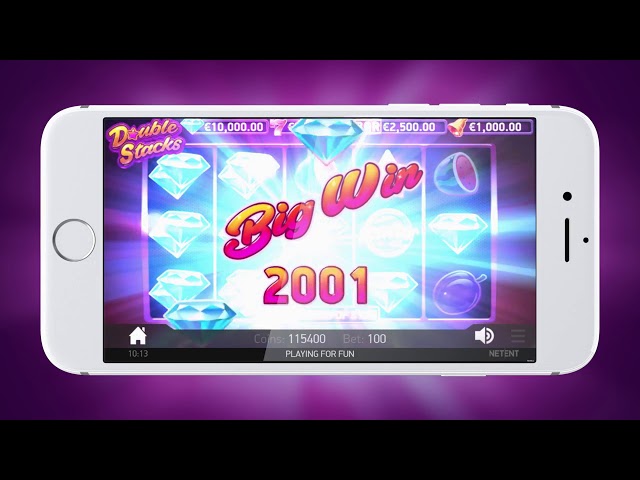 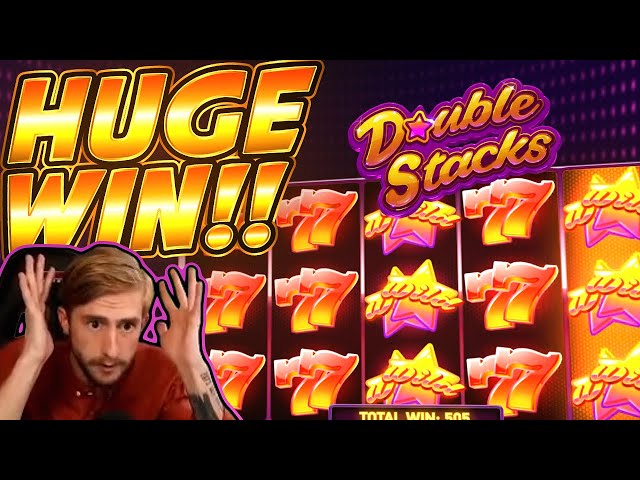 Double Stacks is a slot machine that's been developed by the Swedish game developer NetEnt. It was released in 2018 and has a classical theme with fruits, bar symbols and bells among other classic slot symbols. There's a great possibility of winning big wins on this slot machine due to the high volatility and high RTP. There are some great bonus features as well which makes the slot even more exciting to play. On top of the reels you can see the highest possible win from the higher paying symbols. If you wish to see some examples of great winnings from this slot machine then you can take a look at our big win videos right here on this page.

The theme of the slot machine is retro and classical, but there's also a hint of disco in the game. The background consists of a red, shiny color and there are some party music playing in the background. The low paying symbols in the slot consists of fruits, there's a watermelon, a plum, a lemon and a cherry. The symbols with a higher payout consists of a bell, a bar symbol, a seven and a shiny diamond. There's a possibility of getting stacked symbols while spinning the reels as well. When you spin the reels or cash in a win there are both animations and sound effects that makes it clear that you're a winner.

Double Stacks has gotten five reels and three rows of symbols, along with ten paylines. The lines starts at the leftmost reel and to win you need to land three or more matching symbols on a payline. When it's time for you to choose how much you want to bet per spin you need to pick a level and a coin value. The levels range from 1 to 10 and the coin values from 0.01 to 2.00. This makes the lowest possible bet just ten cents and the highest possible bet 200 dollars. We guess you're most interested in the possibilities of winning when playing this slot machine, and of course we've gotten information about that as well. The return to player (RTP) is 96.10 % and the volatility is high, this means that there are big wins hidden on the reels of Double Stacks. All you need is a bit of patience then you're good to go.

Then what about bonus features? Well there are a few of those in Double Stacks as well. There's a wild symbol that works just like in every other slot game, as a substitution. Then there's the maximum payouts that's shown above of the reels, which is the highest win you can get from a symbol. This win is given if you fill the entire grid with that specific symbol. It's only the four highest paying symbols that can appear as stacked symbols on the reels. They can also become double stacked symbols. which happens if all symbols on the reel are matching. There's also a scatter symbol in Double Stacks, which will take you to the free spin section. You can get from 5 to 15 free spins depending on how many scatters you land on the reels. During free spins there are wild symbols and they can also appear stacked for the chance of a big win! If you land two or more scatter symbols during the free spins you'll get additional free games, which means that you can get to spin more than 15 times for free.

Double Stacks is a kind of new game but as it's developed by NetEnt it already has gotten a big fan base. It's an exciting game to play as it's both classical and new at the same time. The features are great and you can bet both low and high numbers which makes the game suitable for everyone. With the high volatility it's possible to get a big win at any time, but you might have to spin for a while before the highest wins will pop in to your player account. We really enjoyed playing this game and it's nice to recognize the symbols from classical slot machines but in a newer and more modern way. You can try it out by yourself if you are in for a good time!

Where can i play Double Stacks?

Double Stacks is a slot machine that's been developed by the Swedish game developer NetEnt. It was released in 2018 and has a classical theme with fruits, bar symbols and bells among other classic slot symbols. There's a great possibility of winning ...