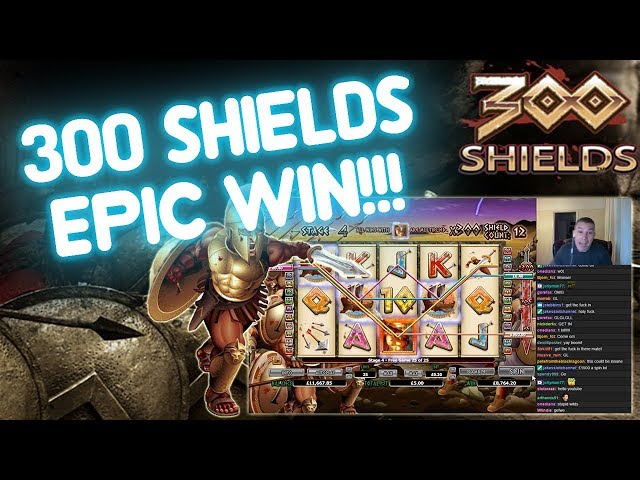 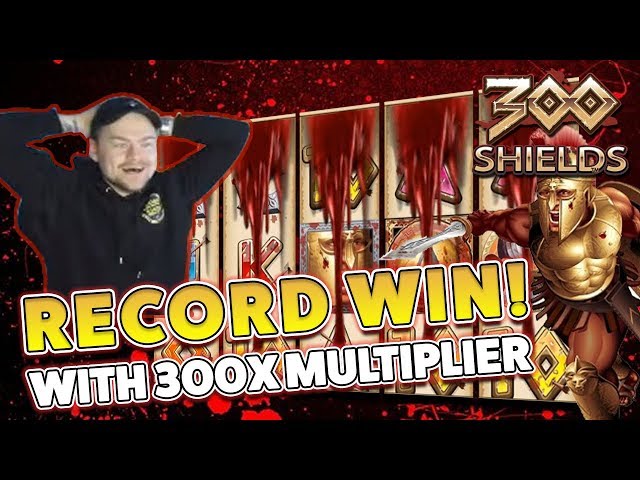 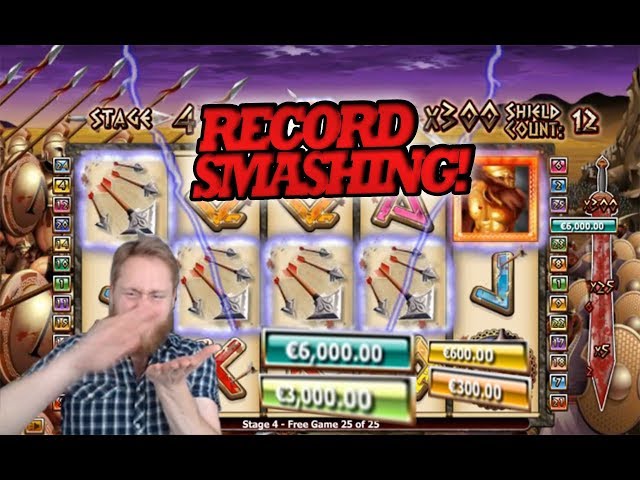 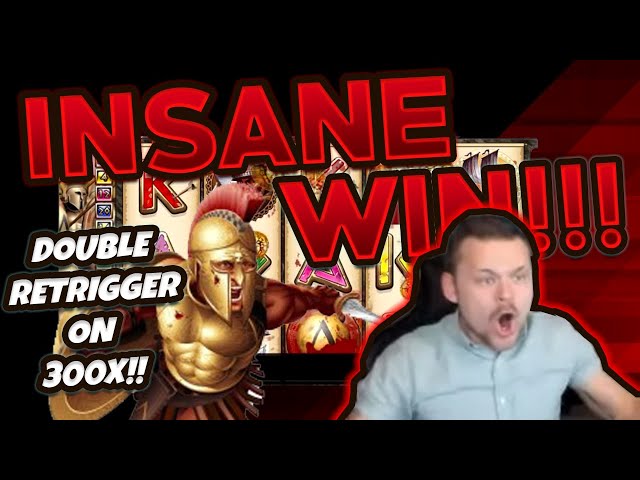 300 Shields is a slot machine created by NextGen Gaming and it takes you back to the Spartan times and it is taking you straight into the battles. Of course the slot machine has gotten plenty of features and exciting gameplay to offer, including big wins as well. Here at our page you can see videos of when people win the highest wins on 300 Shields, in that way you will be able to know what to expect. We have tried this game out and reviewed it as well, for you to be able to realize whether it is a game you would like or not. Tag along to find out everything there is to know!

The theme is Spartan and it gives a warlike feeling with the looks and music. When you open the slot machine it is absolutely silent, but as soon as you get the reels spinning you will hear music that reminds of a war march in a movie or something like that. It is actually wardrums that you will hear. Back of the grid there is a field as well as a temple. We must say the graphics are pretty simply, however the game still offers a great gameplay. There are plenty of sound effects and animations, which takes place whenever you land a win. 300 Shield has ten standard symbols, of which the lowest paying ones are the card value symbols 9, 10, J, Q, K and A. The four symbols which gives the highest pay out is some flying arrows, a sword, a ship and a warrior aiming at you with his bow. There are two special symbols as well, the shield which is the scatter symbol as well as a warrior with a golden helmet that is the wild symbol.

300 Shields consists of five spinning reels with three rows of symbols. There are 25 betlines which, as in most video slots, starts at the leftmost reel. However in this slot machine the betlines are adjustable, which means you can choose to bet on only one if you like. However it is easier to win if you keep all of the 25 lines active. How much can you wager in 300 Shields? You can bet as little as 25 cents per spin, which is great if you wish to spin many times. The highest bet is only 12,50 dollars, which is a bit low compared to many other games. However this does not stop you from being able to get some big wins. When it comes to winning possibilities we have to say that the RTP of the game is pretty low at 95.299 %. Though it is an extremely volatile slot machine and if you spin enough times there are a big chance of cashing in a super big win while enjoying the gameplay.

Last but not least we want to tell you about the bonus features of this game. First of all there is the warrior wild, its job is to substitute for other symbols to help create winning combinations. The only symbol it does not substitute for is the Scattered Shield. There is also the Battle Feature Free Games, which is triggered by landing three or more scattered shields on the reels. That will give you five free games, where wins with wilds are doubled. If you land two or more shields during the free spins a second series of five free spins will be awarded, where all warrior wild wins will be multiplied by 5. If you manage to collect six or more shields you get another five free spins with a wild multiplier of x30. The fourth time you trigger free spins the amount of games are the same but the multiplier when winning with wilds are as high as 300x! This can definitely get you some of thos big wins that you are looking to win. If you get three or more shields during the fourth series you will get another five free spins in that series.

300 Shields is ready to pay out big wins to any player who is patient and even though the highest bet is pretty low you can still land a great amount of money while playing. Why don't you give it a try?

300 Shields is a slot machine created by NextGen Gaming and it takes you back to the Spartan times and it is taking you straight into the battles. Of course the slot machine has gotten plenty of features and exciting gameplay to offer, including big ...

Other slots from Nextgen Gaming

Rise of the Mountain King